Cotonou is 6m above sea level. This city has a tropical climate. When compared with winter, the summers have much more rainfall. The Köppen-Geiger climate classification is Aw. In Cotonou, the average annual temperature is 26.7 °C | 80.1 °F. Precipitation here is about 1208 mm | 47.6 inch per year. The least amount of rainfall occurs in January. The average in this month is 27 mm | 1.1 inch. In June, the precipitation reaches its peak, with an average of 268 mm | 10.6 inch. Cotonou weather and climate for every month

Hours of sunshine in Cotonou 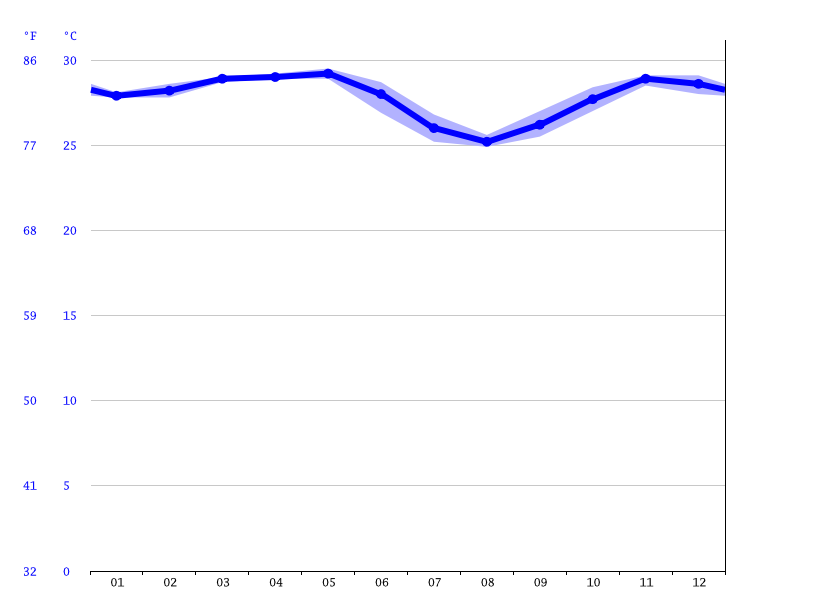 The closest water of Cotonou is Bight of Benin.

Information for Travel to Cotonou

The closest Airports of Cotonou are: Cadjehoun Airport (COO) 4.70km