Morro is considered to have a desert climate. There is virtually no rainfall during the year. The climate here is classified as BWh by the Köppen-Geiger system. In Morro, the average annual temperature is 23.9 °C | 75.0 °F. Precipitation here is about 155 mm | 6.1 inch per year. The least amount of rainfall occurs in March. The average in this month is 0 mm | 0.0 inch. In September, the precipitation reaches its peak, with an average of 60 mm | 2.4 inch. Morro weather and climate for every month

Hours of sunshine in Morro 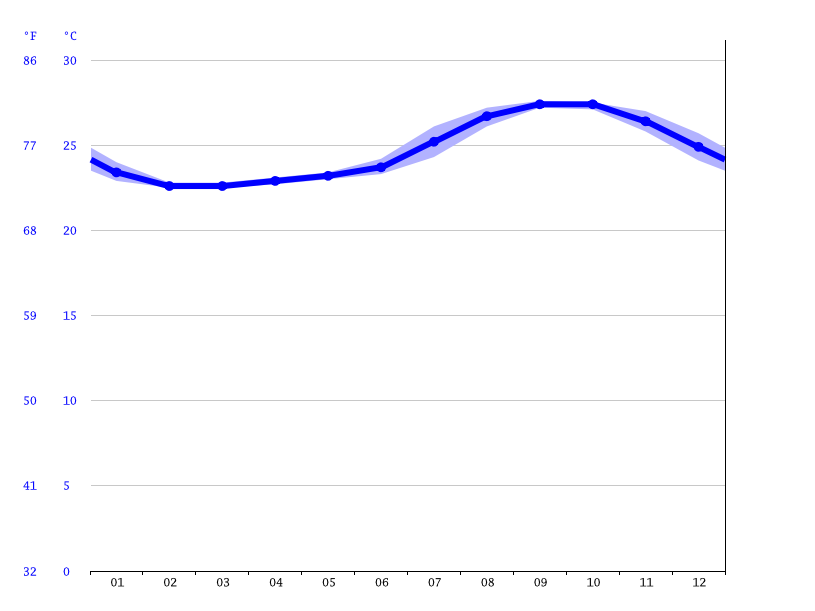 In September, the highest water temperature is reached with a monthly average of 27.60°C | 81.68°F. Whereas in February the lowest average water temperatures are expected with about 22.50°C | 72.50°F.

The closest water of Morro is Atlantic Ocean.