The driest month is September, with 13 mm | 0.5 inch of rain. The greatest amount of precipitation occurs in January, with an average of 176 mm | 6.9 inch. There is a difference of 163 mm | 6 inch of precipitation between the driest and wettest months. The variation in temperatures throughout the year is 2.8 °C | 5.1 °F.

Noiumachoua weather and climate for every month

Hours of sunshine in Noiumachoua 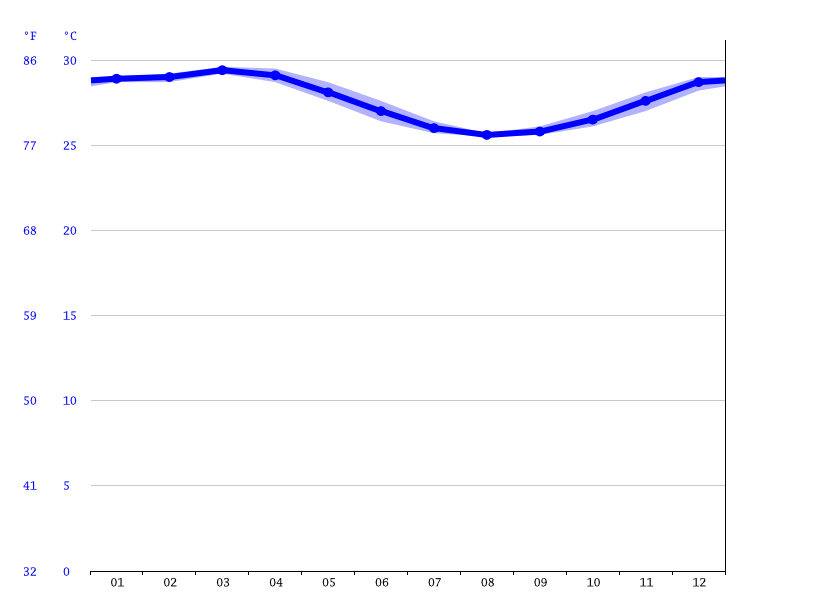 The water temperature in Noiumachoua (Mozambique Channel) is on an annual average at about 27.60°C | 81.68°F.

The closest water of Noiumachoua is Mozambique Channel.