This city has a tropical climate. The summers here have a good deal of rainfall, while the winters have very little. This climate is considered to be Aw according to the Köppen-Geiger climate classification. The average annual temperature in Pointe-Noire is 24.8 °C | 76.7 °F. The rainfall here is around 1056 mm | 41.6 inch per year. The least amount of rainfall occurs in July. The average in this month is 7 mm | 0.3 inch. Most of the precipitation here falls in February, averaging 163 mm | 6.4 inch. The variation in the precipitation between the driest and wettest months is 156 mm | 6 inch. Throughout the year, temperatures vary by 4.7 °C | 8.4 °F.

Pointe-Noire weather and climate for every month

Hours of sunshine in Pointe-Noire 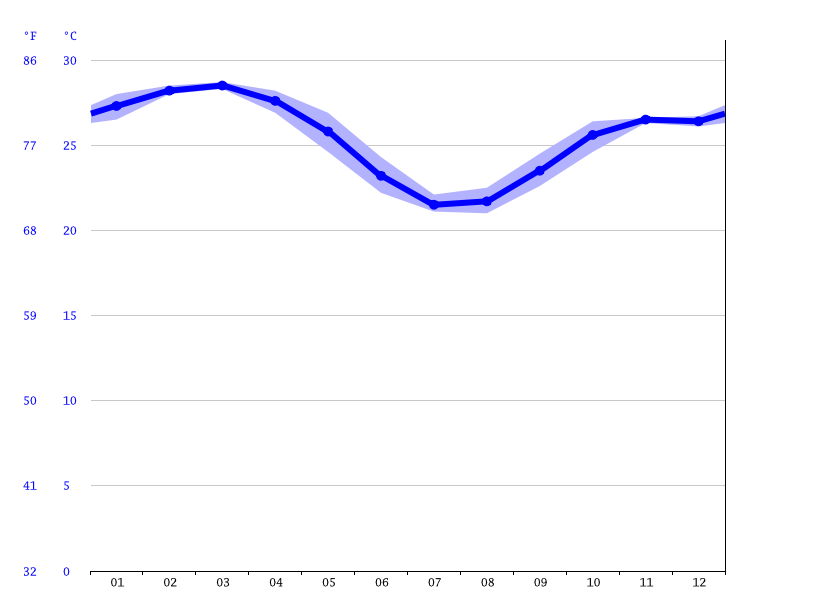 The closest water of Pointe-Noire is Atlantic Ocean.

The closest Airports of Pointe-Noire are: Maya-Maya Airport (BZV) 381.68km