The climate is tropical in Amborovy. The summers are much rainier than the winters in Amborovy. The climate here is classified as Aw by the Köppen-Geiger system. The temperature here averages 26.8 °C | 80.3 °F. Precipitation here is about 1324 mm | 52.1 inch per year. The precipitation varies 429 mm | 17 inch between the driest month and the wettest month. The variation in temperatures throughout the year is 3.3 °C | 5.9 °F.

Amborovy weather and climate for every month

Hours of sunshine in Amborovy 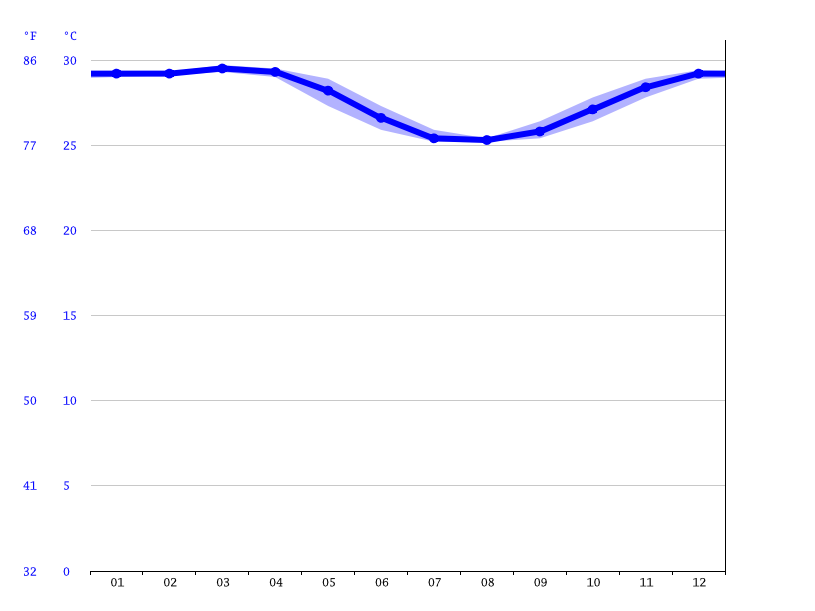 The closest water of Amborovy is Mozambique Channel.

The closest Airports of Amborovy are: Ivato Airport (TNR) 368.13km