Antafondro's climate is classified as tropical. Most months of the year are marked by significant rainfall. The short dry season has little impact. The Köppen-Geiger climate classification is Am. The average temperature in Antafondro is 24.1 °C | 75.3 °F. About 1918 mm | 75.5 inch of precipitation falls annually. Between the driest and wettest months, the difference in precipitation is 405 mm | 16 inch. The variation in temperatures throughout the year is 2.9 °C | 5.3 °F.

Antafondro weather and climate for every month

Hours of sunshine in Antafondro 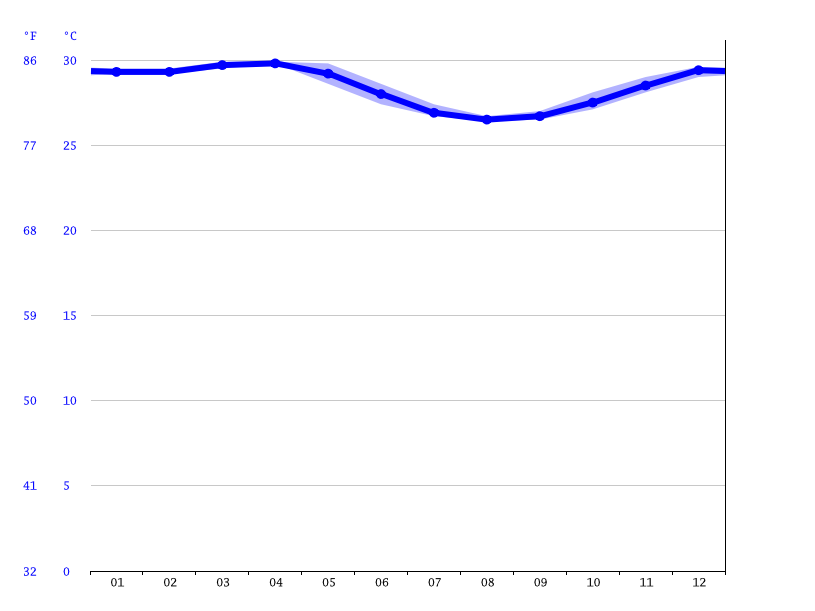 The water temperature in Antafondro (Mozambique Channel) is on an annual average at about 28.40°C | 83.12°F.

The closest water of Antafondro is Mozambique Channel.