The climate in La Preneuse is referred to as a local steppe climate. During the year there is little rainfall. This location is classified as BSh by Köppen and Geiger. The average annual temperature in La Preneuse is 23.4 °C | 74.2 °F. The rainfall here is around 688 mm | 27.1 inch per year. The least amount of rainfall occurs in July. The average in this month is 15 mm | 0.6 inch. Most of the precipitation here falls in January, averaging 153 mm | 6.0 inch. The variation in the precipitation between the driest and wettest months is 138 mm | 5 inch. Throughout the year, temperatures vary by 5.3 °C | 9.6 °F.

La Preneuse weather and climate for every month

Hours of sunshine in La Preneuse 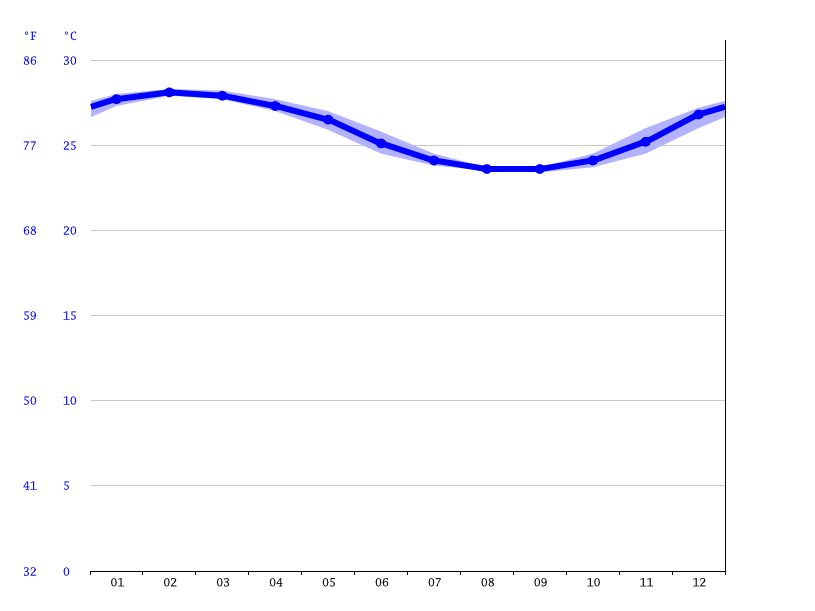 The following water was used as the basis for the specified water temperatures for La Preneuse: Indian Ocean.