Dakhla's climate is a desert one. There is virtually no rainfall during the year. This climate is considered to be BWh according to the Köppen-Geiger climate classification. The average annual temperature in Dakhla is 20.7 °C | 69.3 °F. In a year, the rainfall is 28 mm | 1.1 inch. Between the driest and wettest months, the difference in precipitation is 5 mm | 0 inch. During the year, the average temperatures vary by 7.0 °C | 12.7 °F.

Dakhla weather and climate for every month

Hours of sunshine in Dakhla 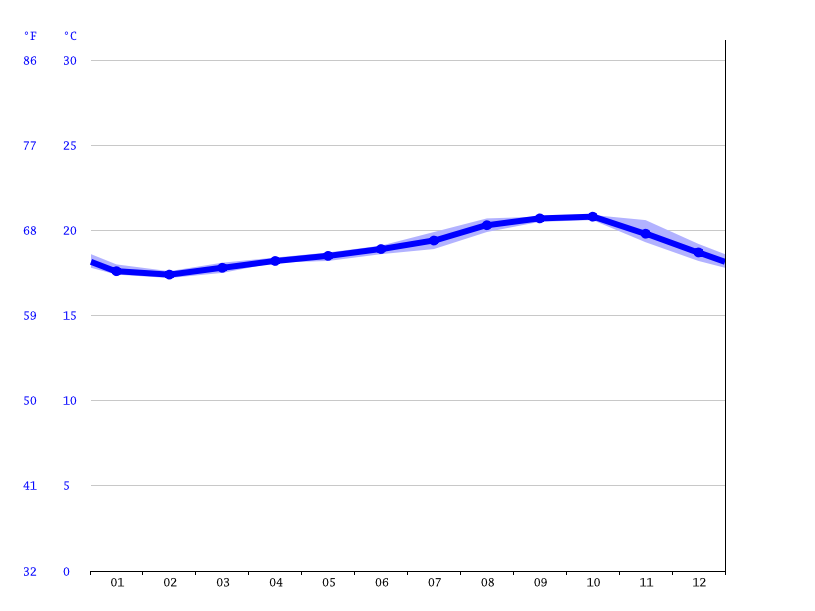 In October, the highest water temperature is reached with a monthly average of 20.90°C | 69.62°F. Whereas in February the lowest average water temperatures are expected with about 17.20°C | 62.96°F.

The closest water of Dakhla is Atlantic Ocean.

The closest Airports of Dakhla are: Dakhla Airport (VIL) 2.29km