The climate here is mild, and generally warm and temperate. The winter months are much rainier than the summer months in Larache العرائش. This location is classified as Csa by Köppen and Geiger. The average temperature in Larache العرائش is 17.9 °C | 64.2 °F. The annual rainfall is 779 mm | 30.7 inch. Precipitation is the lowest in July, with an average of 1 mm | 0.0 inch. Most of the precipitation here falls in December, averaging 138 mm | 5.4 inch. 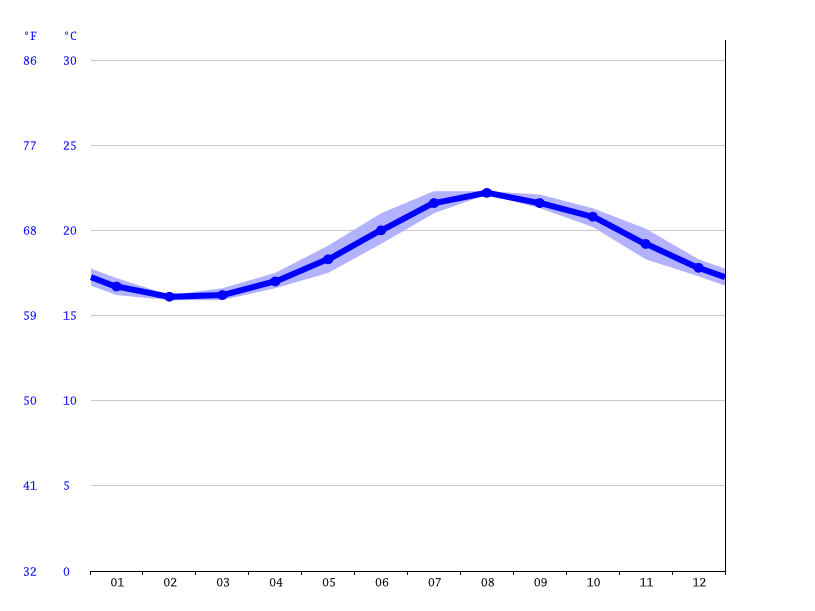 Approximately around July 29, the highest water temperature of around 22.30°C | 72.14°F is reached during the year. Whereas around February 28 the lowest average water temperatures are to be expected. At this time these are at about 15.90°C | 60.62°F.

The following water was used as the basis for the specified water temperatures for Larache العرائش: Atlantic Ocean.