The prevailing climate in Ghanatown is known as a local steppe climate. In Ghanatown, there is little rainfall throughout the year. The climate here is classified as BSh by the Köppen-Geiger system. In Ghanatown, the average annual temperature is 25.4 °C | 77.7 °F. The rainfall here is around 619 mm | 24.4 inch per year. The precipitation varies 259 mm | 10 inch between the driest month and the wettest month. During the year, the average temperatures vary by 4.6 °C | 8.3 °F.

Ghanatown weather and climate for every month

Hours of sunshine in Ghanatown 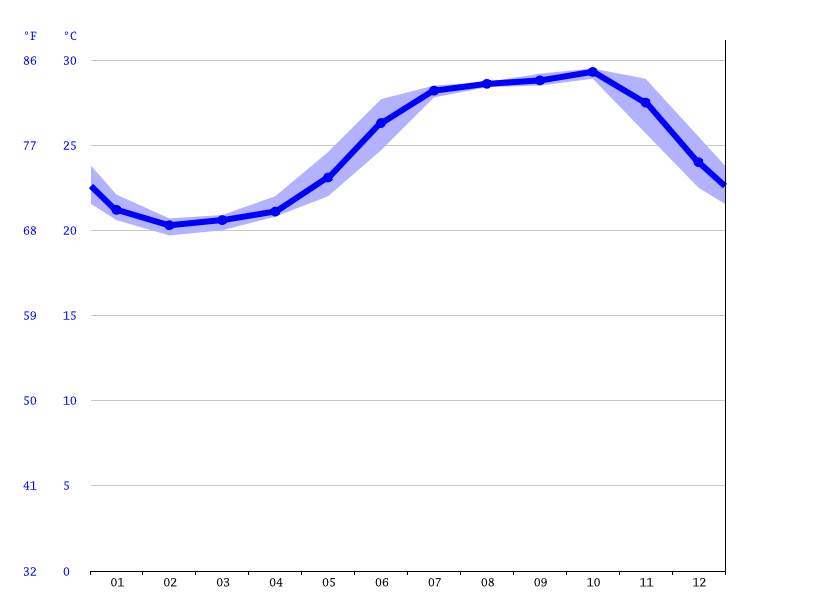 The average water temperature during the year located in Ghanatown (Atlantic Ocean) at 24.90°C | 76.82°F.

The closest water of Ghanatown is Atlantic Ocean.