Lankaran's climate is classified as warm and temperate. There is more rainfall in the winter than in the summer in Lankaran. This location is classified as Csa by Köppen and Geiger. The average annual temperature in Lankaran is 16.8 °C | 62.3 °F. About 1292 mm | 50.9 inch of precipitation falls annually. The least amount of rainfall occurs in July. The average in this month is 28 mm | 1.1 inch. With an average of 218 mm | 8.6 inch, the most precipitation falls in October. The variation in the precipitation between the driest and wettest months is 190 mm | 7 inch. During the year, the average temperatures vary by 19.4 °C | 35.0 °F.

Hours of sunshine in Lankaran 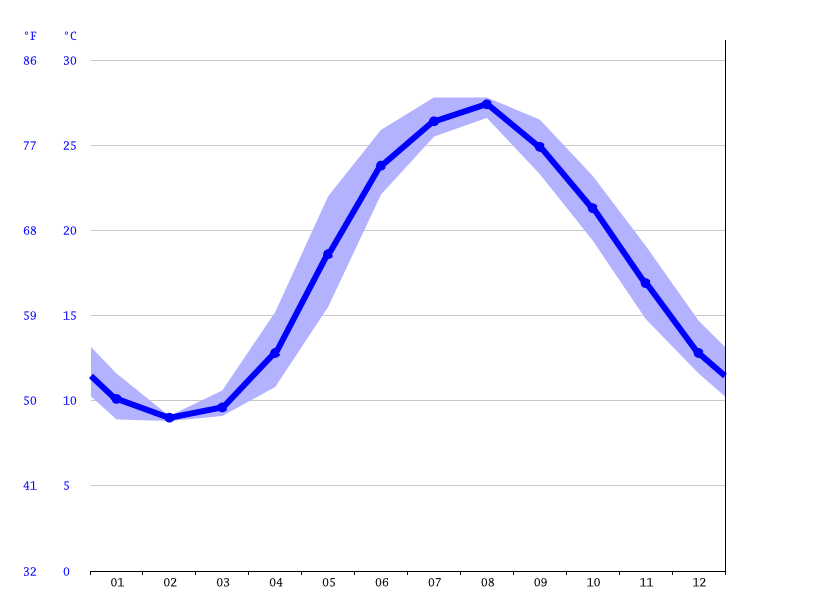 The following water was used as the basis for the specified water temperatures for Lankaran: Caspian Sea.