Fuzhou is 11m above sea level. The climate in Fuzhou is warm and temperate. Fuzhou has a significant amount of rainfall during the year. This is true even for the driest month. The Köppen-Geiger climate classification is Cfa. The temperature here averages 18.9 °C | 66.1 °F. Precipitation here is about 1720 mm | 67.7 inch per year. There is a difference of 206 mm | 8 inch of precipitation between the driest and wettest months. During the year, the average temperatures vary by 18.0 °C | 32.4 °F.

Fuzhou weather and climate for every month

Hours of sunshine in Fuzhou 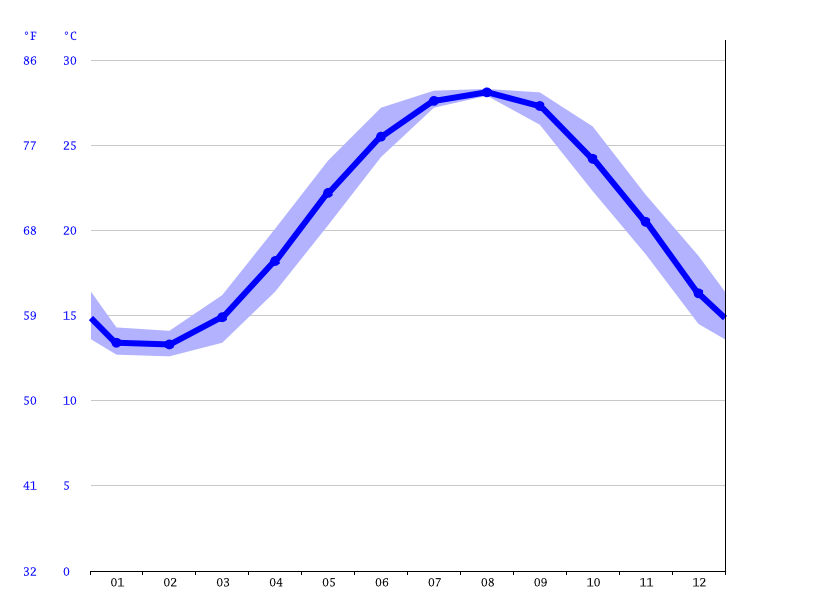 The closest water of Fuzhou is East China Sea.

Information for Travel to Fuzhou

The population of Fuzhou is approximately 5.25 Million The Area of Fuzhou is roughly 12178.10 km² (4701.99 mi²) The Fuzhou is an capital in the Region Fujian of the Country China