Qingdao is 20m above sea level. In Qingdao, the climate is warm and temperate. In winter, there is much less rainfall than in summer. This location is classified as Cwa by Köppen and Geiger. The average annual temperature is 13.4 °C | 56.1 °F in Qingdao. The annual rainfall is 794 mm | 31.3 inch. The driest month is January. There is 13 mm | 0.5 inch of precipitation in January. Most precipitation falls in August, with an average of 174 mm | 6.9 inch. The precipitation varies 161 mm | 6 inch between the driest month and the wettest month. The average temperatures vary during the year by 24.8 °C | 44.6 °F.

Qingdao weather and climate for every month

Hours of sunshine in Qingdao 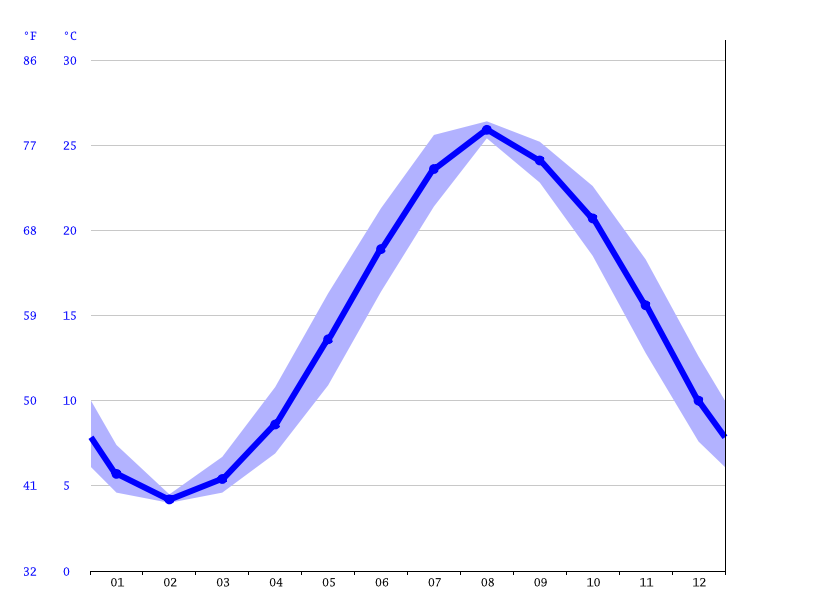 The following water was used as the basis for the specified water temperatures for Qingdao: Yellow Sea.

Information for Travel to Qingdao