The least amount of rainfall occurs in June. The average in this month is 0 mm | 0.0 inch. Most precipitation falls in December, with an average of 67 mm | 2.6 inch. The variation in the precipitation between the driest and wettest months is 67 mm | 3 inch. The average temperatures vary during the year by 15.4 °C | 27.7 °F.

Famagusta weather and climate for every month

Hours of sunshine in Famagusta 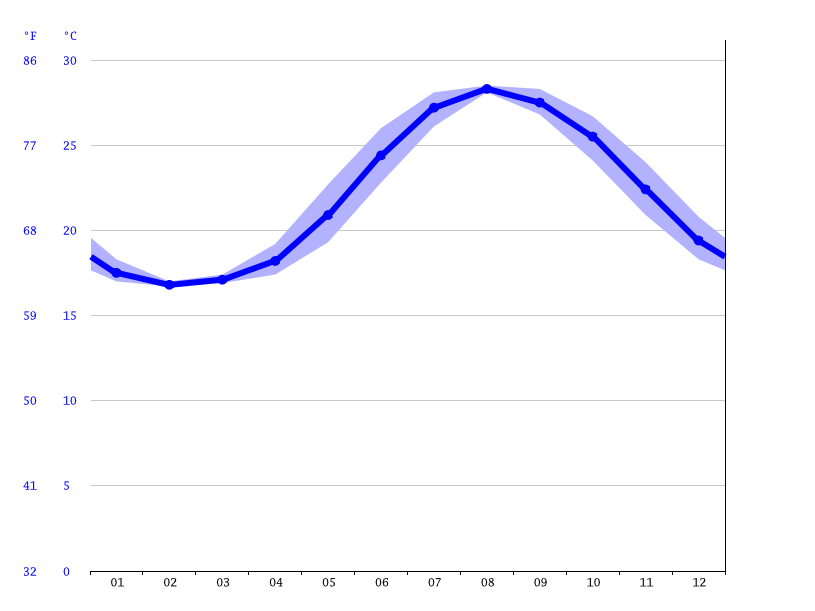 In August, the highest water temperature is reached with a monthly average of 28.50°C | 83.30°F. Whereas in February the lowest average water temperatures are expected with about 16.70°C | 62.06°F.

The closest water of Famagusta is Mediterranean Sea.