Yermasoyia's climate is a local steppe climate. During the year there is little rainfall. According to Köppen and Geiger, this climate is classified as BSh. The average annual temperature in Yermasoyia is 18.7 °C | 65.7 °F. The annual rainfall is 267 mm | 10.5 inch. Precipitation is the lowest in July, with an average of 1 mm | 0.0 inch. Most of the precipitation here falls in January, averaging 54 mm | 2.1 inch. Between the driest and wettest months, the difference in precipitation is 53 mm | 2 inch. Throughout the year, temperatures vary by 17.7 °C | 31.9 °F.

Yermasoyia weather and climate for every month

Hours of sunshine in Yermasoyia 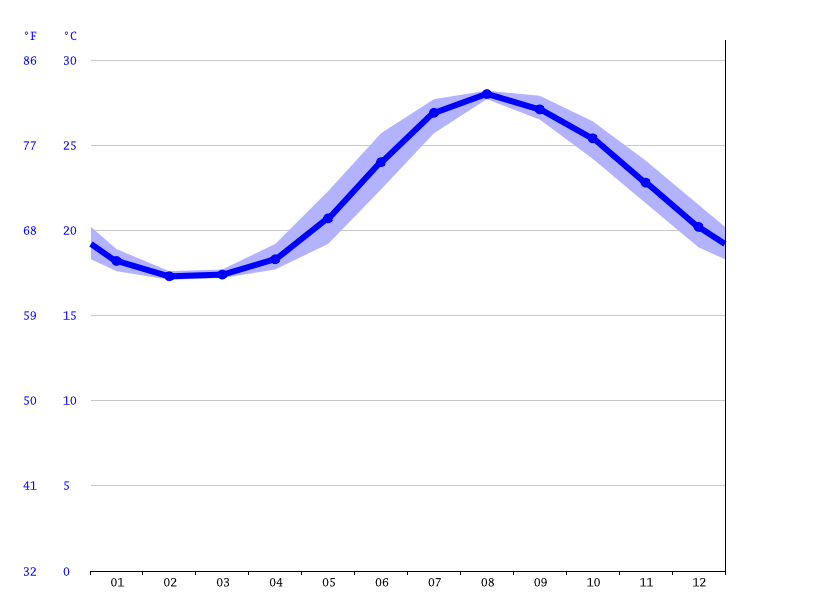 In Yermasoyia (Mediterranean Sea), a water temperature of about 22.20°C | 71.96°F is achieved in the annual average.

The following water was used as the basis for the specified water temperatures for Yermasoyia: Mediterranean Sea.