Patlipada has a tropical climate. When compared with winter, the summers have much more rainfall. According to Köppen and Geiger, this climate is classified as Aw. The average annual temperature in Patlipada is 26.7 °C | 80.1 °F. In a year, the rainfall is 1439 mm | 56.7 inch. The difference in precipitation between the driest month and the wettest month is 446 mm | 18 inch. The variation in annual temperature is around 6.1 °C | 10.9 °F.

Patlipada weather and climate for every month

Hours of sunshine in Patlipada 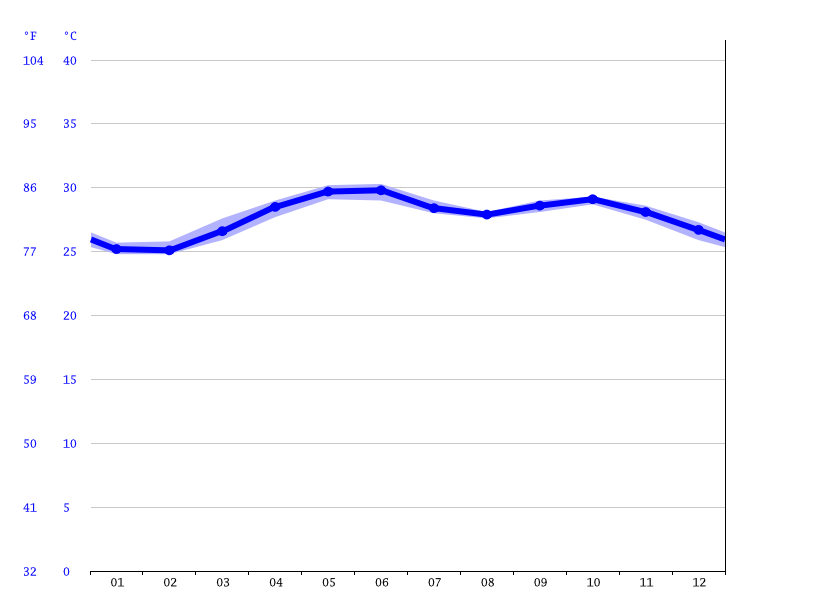 The closest water of Patlipada is Arabian Sea.