The climate here is tropical. Keudah has a significant amount of rainfall during the year. This is true even for the driest month. The Köppen-Geiger climate classification is Af. The temperature here averages 25.9 °C | 78.6 °F. Precipitation here is about 2361 mm | 93.0 inch per year. There is a difference of 259 mm | 10 inch of precipitation between the driest and wettest months. During the year, the average temperatures vary by 1.5 °C | 2.8 °F.

Keudah weather and climate for every month

Hours of sunshine in Keudah 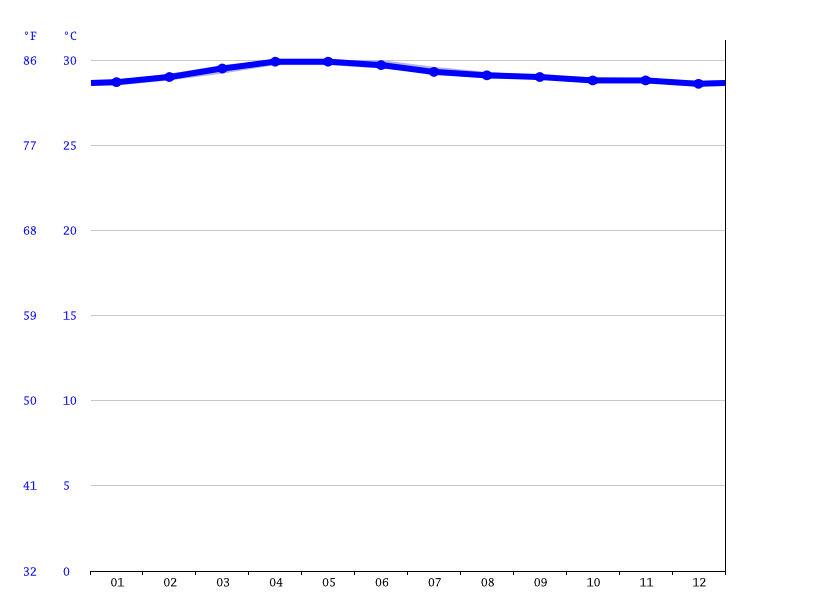 The closest water of Keudah is Andaman Sea.

You can reach Keudah from this Cities by Plane: Penang (PEN), Jakarta (CGK), Kuala Lumpur (KUL)