Eilat is 71m above sea level. The climate in Eilat is called a desert climate. During the year, there is virtually no rainfall in Eilat. The Köppen-Geiger climate classification is BWh. The average temperature in Eilat is 21.4 °C | 70.4 °F. About 30 mm | 1.2 inch of precipitation falls annually. The driest month is May. There is 0 mm | 0.0 inch of precipitation in May. In January, the precipitation reaches its peak, with an average of 10 mm | 0.4 inch. The precipitation varies 10 mm | 0 inch between the driest month and the wettest month. The variation in annual temperature is around 16.9 °C | 30.4 °F.

Eilat weather and climate for every month

Hours of sunshine in Eilat 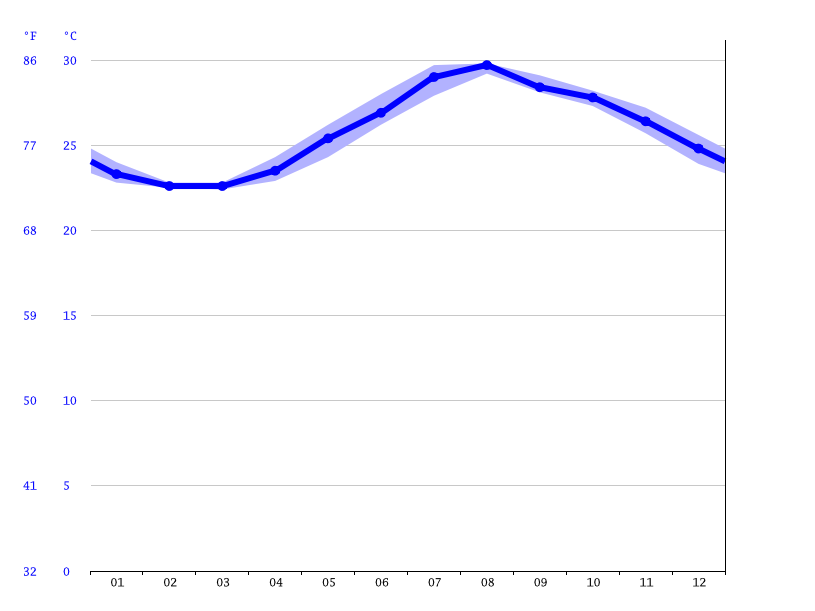 The closest water of Eilat is Gulf of Aqaba.

Information for Travel to Eilat

The population of Eilat is approximately 50072 The Area of Eilat is roughly 84.79 km² (32.74 mi²) The Eilat is an city in the Region South District of the Country Israel