The climate is warm and temperate in Taketoyo. In Taketoyo there is a lot of rain even in the driest month. The Köppen-Geiger climate classification is Cfa. The average annual temperature is 15.6 °C | 60.1 °F in Taketoyo. The rainfall here is around 1674 mm | 65.9 inch per year. The driest month is December, with 71 mm | 2.8 inch of rainfall. The greatest amount of precipitation occurs in September, with an average of 224 mm | 8.8 inch. The difference in precipitation between the driest month and the wettest month is 153 mm | 6 inch. The variation in temperatures throughout the year is 21.5 °C | 38.7 °F.

Taketoyo weather and climate for every month

Hours of sunshine in Taketoyo 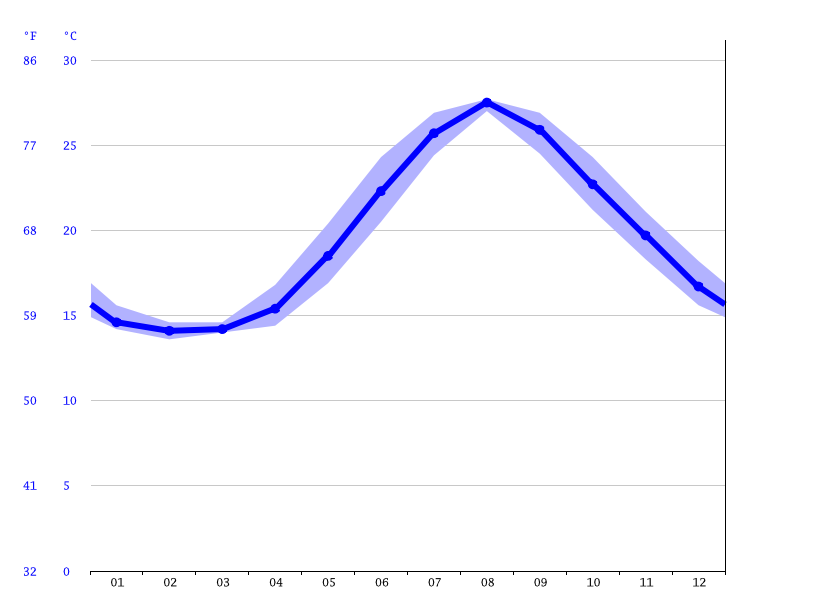 The following water was used as the basis for the specified water temperatures for Taketoyo: Philippine Sea.