Takamatsu is 7m above sea level. The climate is warm and temperate in Takamatsu. In Takamatsu there is a lot of rain even in the driest month. According to Köppen and Geiger, this climate is classified as Cfa. In Takamatsu, the average annual temperature is 15.4 °C | 59.6 °F. The rainfall here is around 1530 mm | 60.2 inch per year. The driest month is January, with 73 mm | 2.9 inch of rainfall. The greatest amount of precipitation occurs in June, with an average of 209 mm | 8.2 inch. The difference in precipitation between the driest month and the wettest month is 136 mm | 5 inch. The variation in temperatures throughout the year is 21.1 °C | 38.0 °F.

Takamatsu weather and climate for every month

Hours of sunshine in Takamatsu Water temperature Takamatsu(Inner Seas off the West Coast of Scotland) 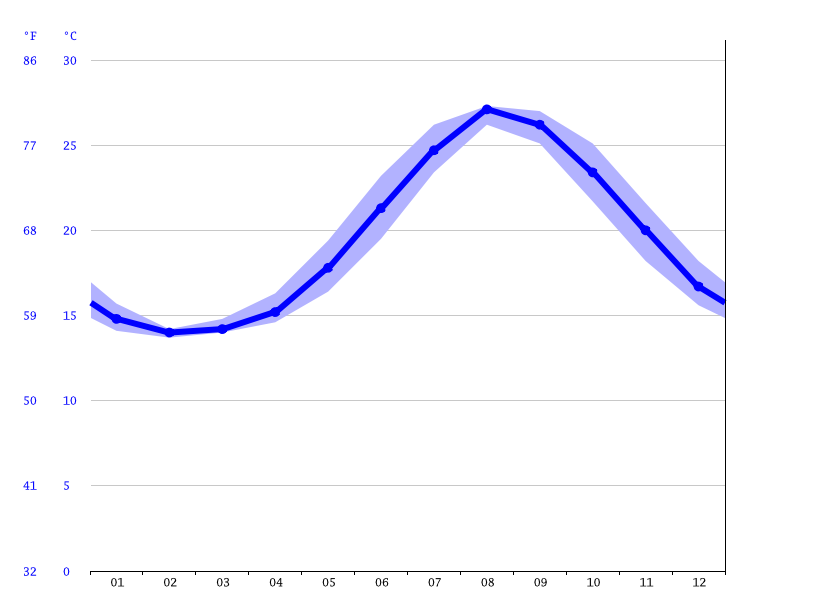 Approximately around August 17, the highest water temperature of around 27.30°C | 81.14°F is reached during the year. Whereas around February 15 the lowest average water temperatures are to be expected. At this time these are at about 13.70°C | 56.66°F.

The following water was used as the basis for the specified water temperatures for Takamatsu: Inner Seas off the West Coast of Scotland.

Information for Travel to Takamatsu