Miyazaki is 4m above sea level. Miyazaki's climate is classified as warm and temperate. There is significant rainfall throughout the year in Miyazaki. Even the driest month still has a lot of rainfall. This climate is considered to be Cfa according to the Köppen-Geiger climate classification. In Miyazaki, the average annual temperature is 17.2 °C | 63.0 °F. In a year, the rainfall is 2216 mm | 87.2 inch. The least amount of rainfall occurs in December. The average in this month is 80 mm | 3.1 inch. Most precipitation falls in June, with an average of 394 mm | 15.5 inch. The variation in the precipitation between the driest and wettest months is 314 mm | 12 inch. The average temperatures vary during the year by 18.7 °C | 33.7 °F.

Miyazaki weather and climate for every month

Hours of sunshine in Miyazaki 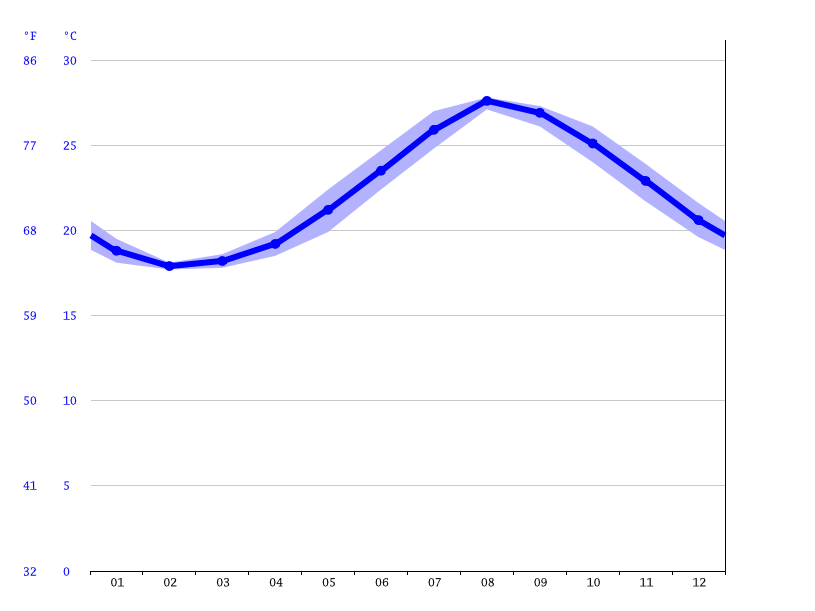 Approximately around August 13, the highest water temperature of around 27.80°C | 82.04°F is reached during the year. Whereas around February 16 the lowest average water temperatures are to be expected. At this time these are at about 17.70°C | 63.86°F.

The following water was used as the basis for the specified water temperatures for Miyazaki: Philippine Sea.

Information for Travel to Miyazaki