Kunisaki is 2m above sea level. The climate here is mild, and generally warm and temperate. The rainfall in Kunisaki is significant, with precipitation even during the driest month. According to Köppen and Geiger, this climate is classified as Cfa. The temperature here averages 16.2 °C | 61.1 °F. The rainfall here is around 1725 mm | 67.9 inch per year. Between the driest and wettest months, the difference in precipitation is 230 mm | 9 inch. The variation in annual temperature is around 20.1 °C | 36.2 °F.

Kunisaki weather and climate for every month

Hours of sunshine in Kunisaki Water temperature Kunisaki(Inner Seas off the West Coast of Scotland) 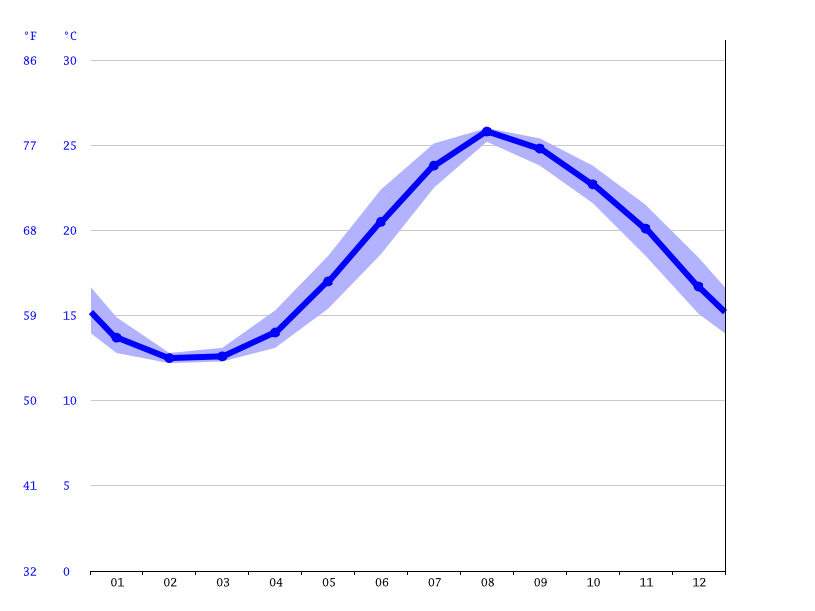 The water temperature in Kunisaki (Inner Seas off the West Coast of Scotland) is on an annual average at about 18.70°C | 65.66°F.

In August, the highest water temperature is reached with a monthly average of 26.00°C | 78.80°F. Whereas in February the lowest average water temperatures are expected with about 12.20°C | 53.96°F.

The closest water of Kunisaki is Inner Seas off the West Coast of Scotland.

Information for Travel to Kunisaki