Basco is 36m above sea level. Basco has a tropical climate. Most months of the year are marked by significant rainfall. The short dry season has little impact. The Köppen-Geiger climate classification is Am. The average annual temperature in Basco is 26.0 °C | 78.8 °F. The rainfall here is around 2048 mm | 80.6 inch per year. The difference in precipitation between the driest month and the wettest month is 308 mm | 12 inch. The variation in temperatures throughout the year is 5.2 °C | 9.3 °F.

Basco weather and climate for every month

Hours of sunshine in Basco 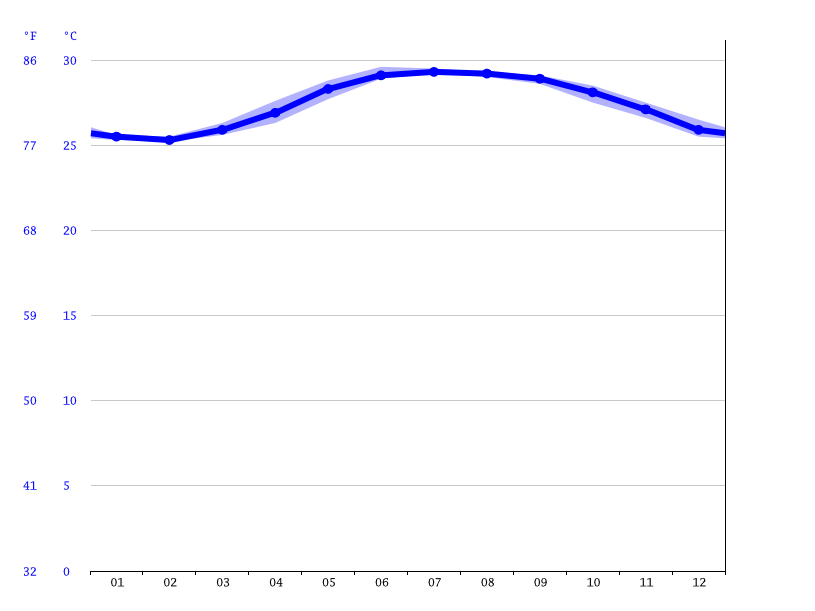 The following water was used as the basis for the specified water temperatures for Basco: South China Sea.

Information for Travel to Basco

You can reach Basco from this Cities by Plane: Manila (MNL)

The population of Basco is approximately 7517 The Area of Basco is roughly 49.46 km² (19.10 mi²) The Basco is an municipality of the Philippines in the Region Batangas of the Country Philippines