Bacolod is 10m above sea level. The climate here is tropical. The rainfall in Bacolod is significant, with precipitation even during the driest month. This location is classified as Af by Köppen and Geiger. In Bacolod, the average annual temperature is 26.9 °C | 80.5 °F. The annual rainfall is 3104 mm | 122.2 inch. There is a difference of 238 mm | 9 inch of precipitation between the driest and wettest months. The variation in annual temperature is around 2.1 °C | 3.8 °F.

Bacolod weather and climate for every month

Hours of sunshine in Bacolod 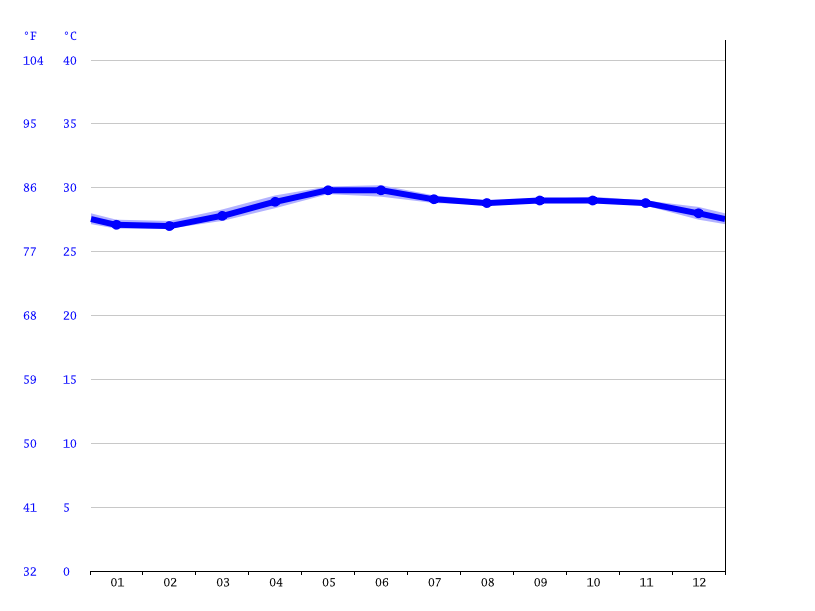 The closest water of Bacolod is Visayan Sea.

Information for Travel to Bacolod

The population of Bacolod is approximately 499497 The Area of Bacolod is roughly 162.67 km² (62.81 mi²) The Bacolod is an highly urbanized city in the Region Negros Occidental of the Country Philippines