Эгвекинот is 9m above sea level. The climate is a tundra climate and there are very low temperatures, even during the warmest month of the year. This climate is considered to be ET according to the Köppen-Geiger climate classification. The temperature here averages -7.0 °C | 19.4 °F. About 761 mm | 30.0 inch of precipitation falls annually. The driest month is April. There is 33 mm | 1.3 inch of precipitation in April. Most of the precipitation here falls in August, averaging 118 mm | 4.6 inch. The precipitation varies 85 mm | 3 inch between the driest month and the wettest month. Throughout the year, temperatures vary by 29.8 °C | 53.7 °F. 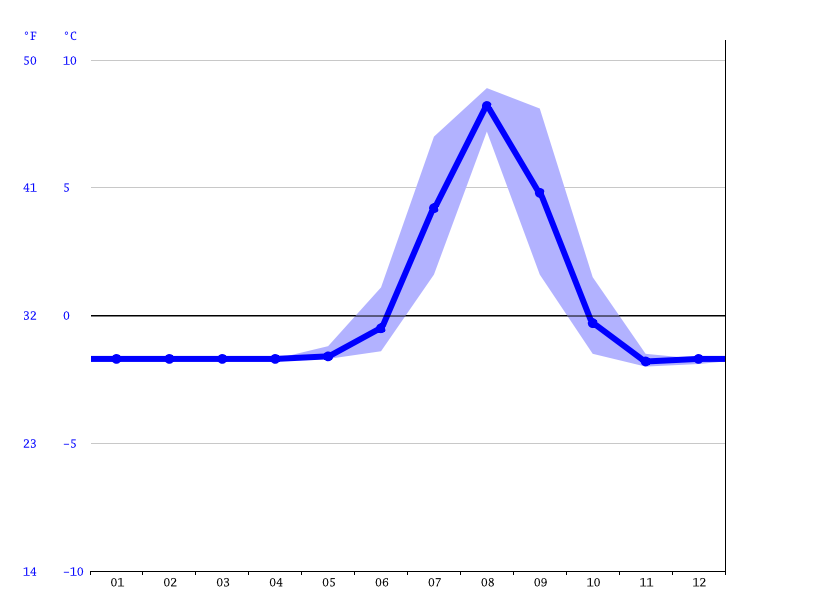 In August, the highest water temperature is reached with a monthly average of 8.90°C | 48.02°F. Whereas in November the lowest average water temperatures are expected with about -2.00°C | 28.40°F.

The closest water of Эгвекинот is Gulf of Anadyr.

Information for Travel to Эгвекинот