Anadyr is 16m above sea level. This area has a tundra climate, meaning that even in the warmest months, the temperatures are very low. According to Köppen and Geiger, this climate is classified as ET. The average annual temperature in Anadyr is -5.3 °C | 22.5 °F. About 477 mm | 18.8 inch of precipitation falls annually. Between the driest and wettest months, the difference in precipitation is 49 mm | 2 inch. During the year, the average temperatures vary by 30.1 °C | 54.2 °F. 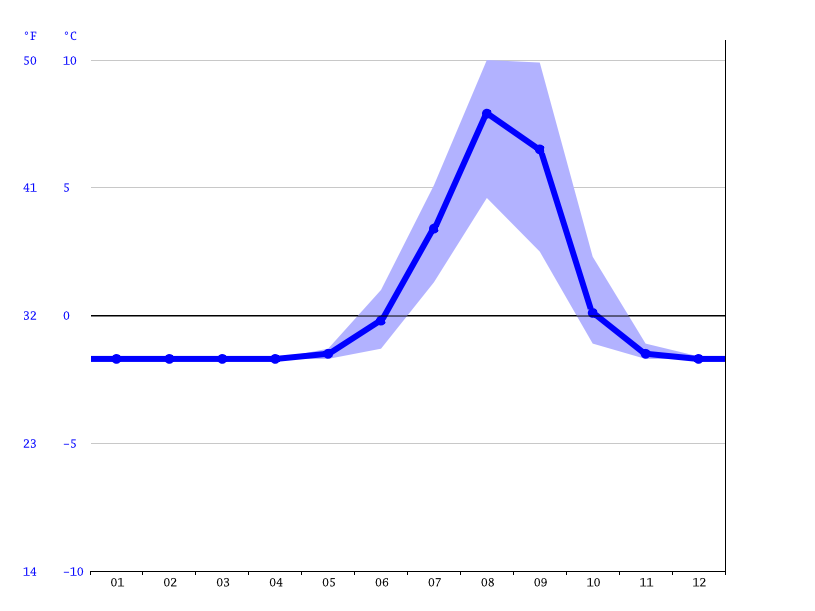 The following water was used as the basis for the specified water temperatures for Anadyr: Gulf of Anadyr.

Information for Travel to Anadyr

The population of Anadyr is approximately 15604 The Area of Anadyr is roughly 53.00 km² (20.46 mi²) The Anadyr is an administrative territorial entity of Russia in the Region Chukotka Autonomous Okrug of the Country Russian Federation