Sochi is 6m above sea level. The climate is warm and temperate in Sochi. Sochi is a city with a significant rainfall. Even in the driest month there is a lot of rain. The Köppen-Geiger climate classification is Cfa. In Sochi, the average annual temperature is 13.9 °C | 57.0 °F. Precipitation here is about 1329 mm | 52.3 inch per year. The difference in precipitation between the driest month and the wettest month is 80 mm | 3 inch. Throughout the year, temperatures vary by 18.9 °C | 34.0 °F.

Sochi weather and climate for every month

Hours of sunshine in Sochi 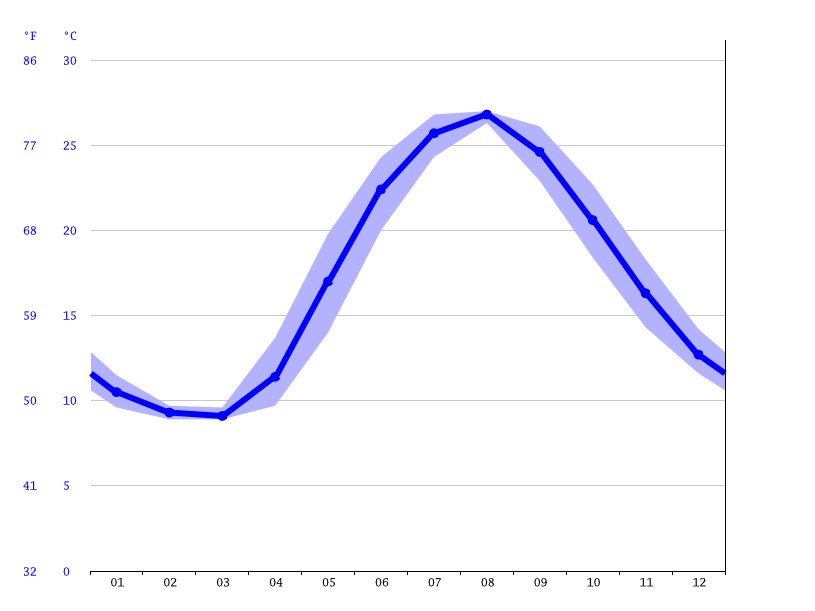 The following water was used as the basis for the specified water temperatures for Sochi: Black Sea.

Information for Travel to Sochi

The population of Sochi is approximately 424281 The Area of Sochi is roughly 176.77 km² (68.25 mi²) The Sochi is an resort town in the Region Krasnodar Krai of the Country Russian Federation