Rạch Giá is 6m above sea level. This city has a tropical climate. Rạch Giá has significant rainfall most months, with a short dry season. The Köppen-Geiger climate classification is Am. The temperature here averages 27.0 °C | 80.6 °F. Precipitation here is about 2296 mm | 90.4 inch per year. The least amount of rainfall occurs in February. The average in this month is 14 mm | 0.6 inch. In September, the precipitation reaches its peak, with an average of 360 mm | 14.2 inch. Rạch Giá weather and climate for every month

Hours of sunshine in Rạch Giá 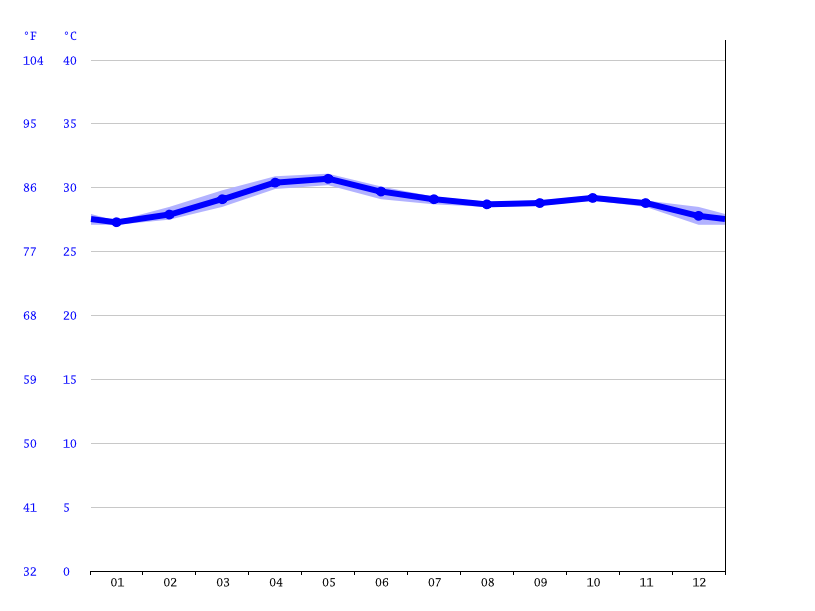 The closest water of Rạch Giá is Gulf of Thailand.

Information for Travel to Rạch Giá

The Area of Rạch Giá is roughly 104.00 km² (40.15 mi²) The Rạch Giá is an Provincial city in the Region Kien Giang province of the Country Vietnam