In Saint-Brieuc, the climate is warm and temperate. There is significant rainfall throughout the year in Saint-Brieuc. Even the driest month still has a lot of rainfall. This climate is considered to be Cfb according to the Köppen-Geiger climate classification. The temperature here averages 11.4 °C | 52.6 °F. The annual rainfall is 743 mm | 29.3 inch. The driest month is July. There is 51 mm | 2.0 inch of precipitation in July. Most precipitation falls in December, with an average of 74 mm | 2.9 inch. The precipitation varies 23 mm | 1 inch between the driest month and the wettest month. The average temperatures vary during the year by 11.1 °C | 19.9 °F.

Saint-Brieuc weather and climate for every month

Hours of sunshine in Saint-Brieuc 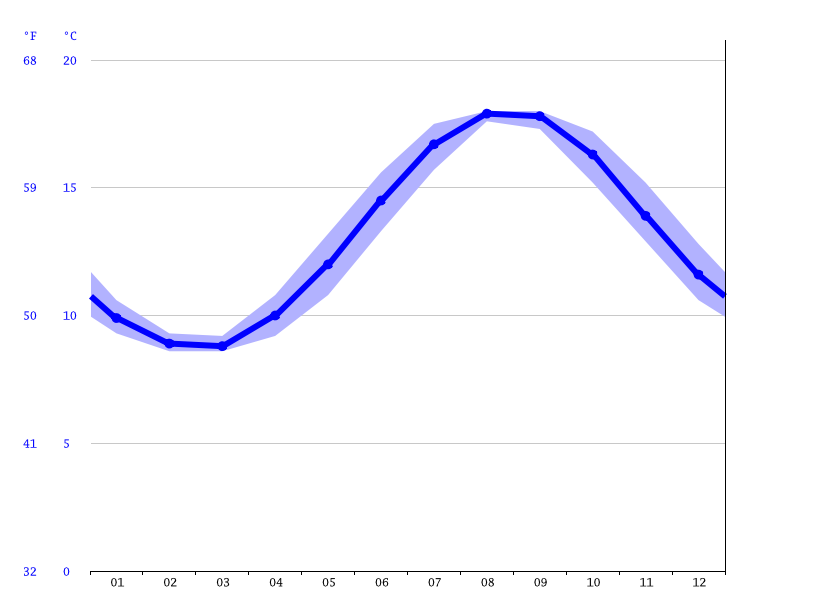 In August, the highest water temperature is reached with a monthly average of 18.00°C | 64.40°F. Whereas in February the lowest average water temperatures are expected with about 8.60°C | 47.48°F.

The closest water of Saint-Brieuc is English Channel.