In Κάτω Βέργα, the climate is warm and temperate. The rain in Κάτω Βέργα falls mostly in the winter, with relatively little rain in the summer. This location is classified as Csa by Köppen and Geiger. The average temperature in Κάτω Βέργα is 14.4 °C | 58.0 °F. About 756 mm | 29.8 inch of precipitation falls annually. The driest month is July. There is 10 mm | 0.4 inch of precipitation in July. In December, the precipitation reaches its peak, with an average of 117 mm | 4.6 inch. The precipitation varies 107 mm | 4 inch between the driest month and the wettest month. The variation in annual temperature is around 17.6 °C | 31.6 °F.

Κάτω Βέργα weather and climate for every month

Hours of sunshine in Κάτω Βέργα 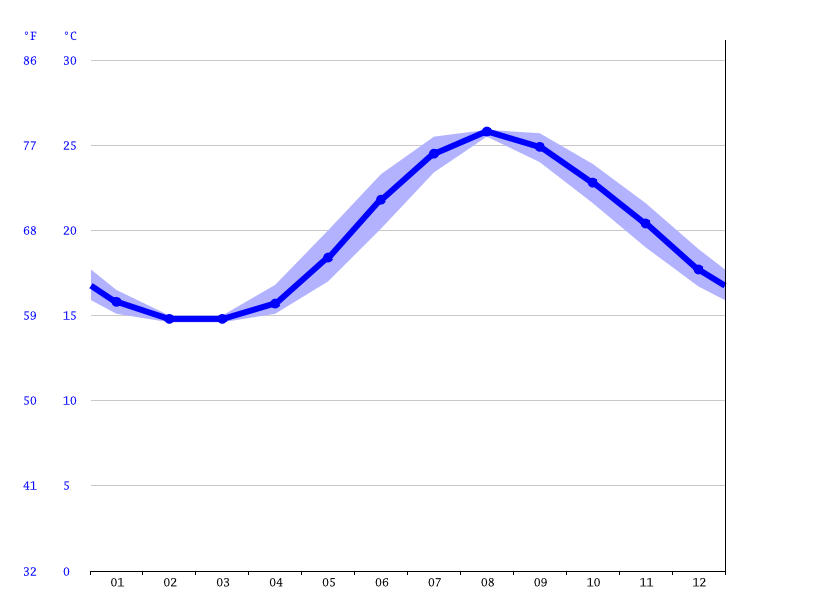 Approximately around August 21, the highest water temperature of around 25.90°C | 78.62°F is reached during the year. Whereas around February 26 the lowest average water temperatures are to be expected. At this time these are at about 14.60°C | 58.28°F.

The following water was used as the basis for the specified water temperatures for Κάτω Βέργα: Ionian Sea.