Karpathos is 46m above sea level. Karpathos is influenced by the local steppe climate. There is little rainfall throughout the year. The Köppen-Geiger climate classification is BSh. The average annual temperature in Karpathos is 19.3 °C | 66.7 °F. The rainfall here is around 320 mm | 12.6 inch per year. The driest month is June, with 0 mm | 0.0 inch of rainfall. The greatest amount of precipitation occurs in January, with an average of 72 mm | 2.8 inch. The difference in precipitation between the driest month and the wettest month is 72 mm | 3 inch. The variation in temperatures throughout the year is 11.7 °C | 21.1 °F.

Karpathos weather and climate for every month

Hours of sunshine in Karpathos 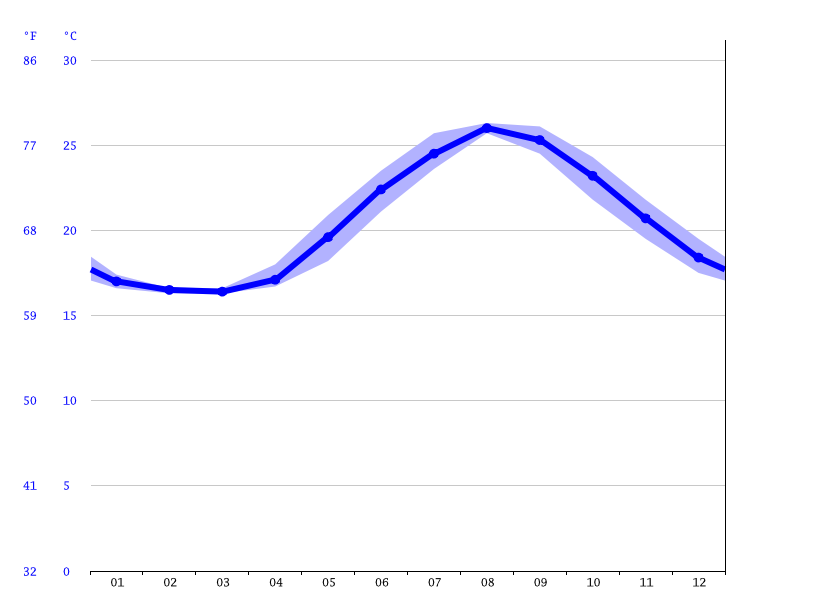 The closest water of Karpathos is Mediterranean Sea.

Information for Travel to Karpathos

You can reach Karpathos from this Cities by Plane: Athens (ATH), Munich (MUC), Rhodes (RHO)