The climate is warm and temperate in Kremasti. The winters are rainier than the summers in Kremasti. According to Köppen and Geiger, this climate is classified as Csa. The average temperature in Kremasti is 19.4 °C | 66.9 °F. The rainfall here is around 878 mm | 34.6 inch per year. The driest month is July, with 0 mm | 0.0 inch of rainfall. The greatest amount of precipitation occurs in December, with an average of 204 mm | 8.0 inch. The difference in precipitation between the driest month and the wettest month is 204 mm | 8 inch. The variation in temperatures throughout the year is 14.2 °C | 25.6 °F.

Kremasti weather and climate for every month

Hours of sunshine in Kremasti 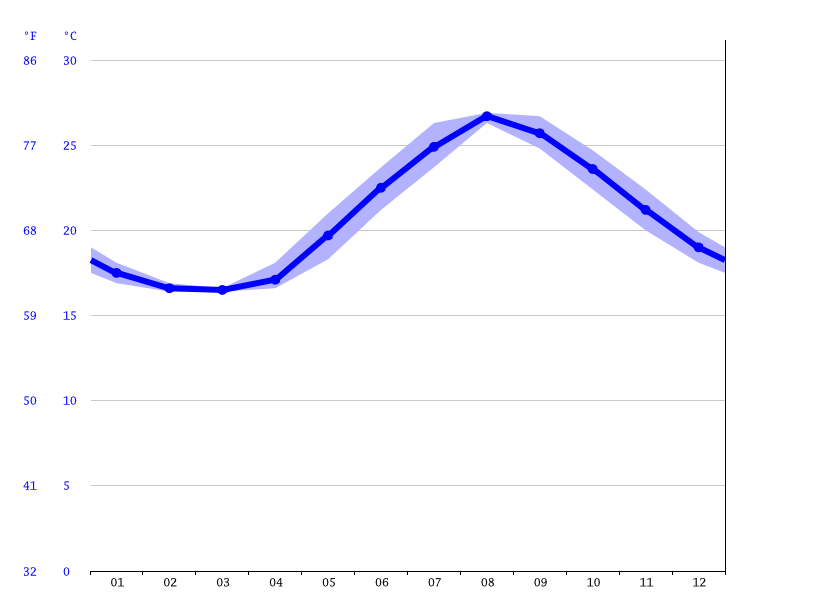 The average water temperature during the year located in Kremasti (Mediterranean Sea) at 20.90°C | 69.62°F.

The closest water of Kremasti is Mediterranean Sea.