The climate is warm and temperate in Lindos. The rain in Lindos falls mostly in the winter, with relatively little rain in the summer. This location is classified as Csa by Köppen and Geiger. The average temperature in Lindos is 18.9 °C | 66.1 °F. In a year, the rainfall is 443 mm | 17.4 inch. The difference in precipitation between the driest month and the wettest month is 93 mm | 4 inch. The variation in annual temperature is around 14.8 °C | 26.7 °F.

Lindos weather and climate for every month

Hours of sunshine in Lindos 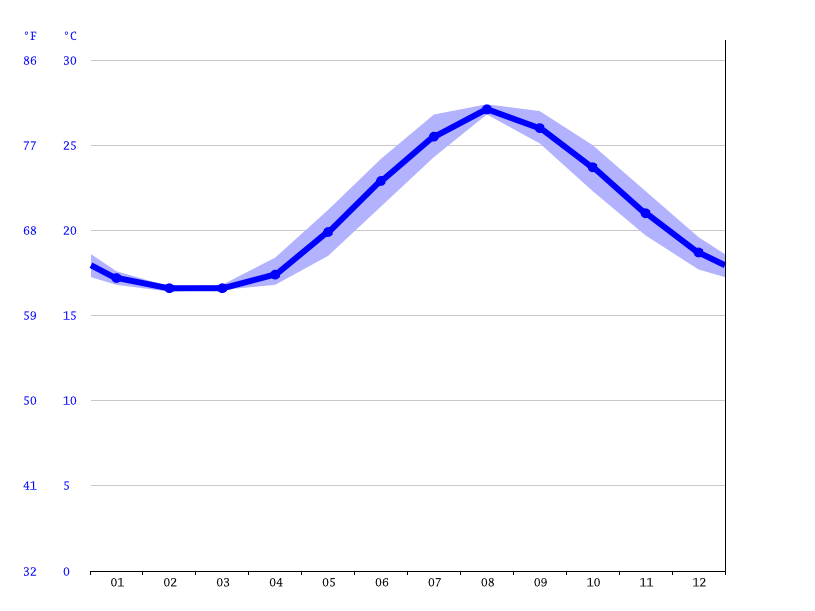 The average water temperature during the year located in Lindos (Mediterranean Sea) at 21.10°C | 69.98°F.

The closest water of Lindos is Mediterranean Sea.