The least amount of rainfall occurs in July. The average in this month is 1 mm | 0.0 inch. In November, the precipitation reaches its peak, with an average of 87 mm | 3.4 inch. Agrigento weather and climate for every month

Hours of sunshine in Agrigento 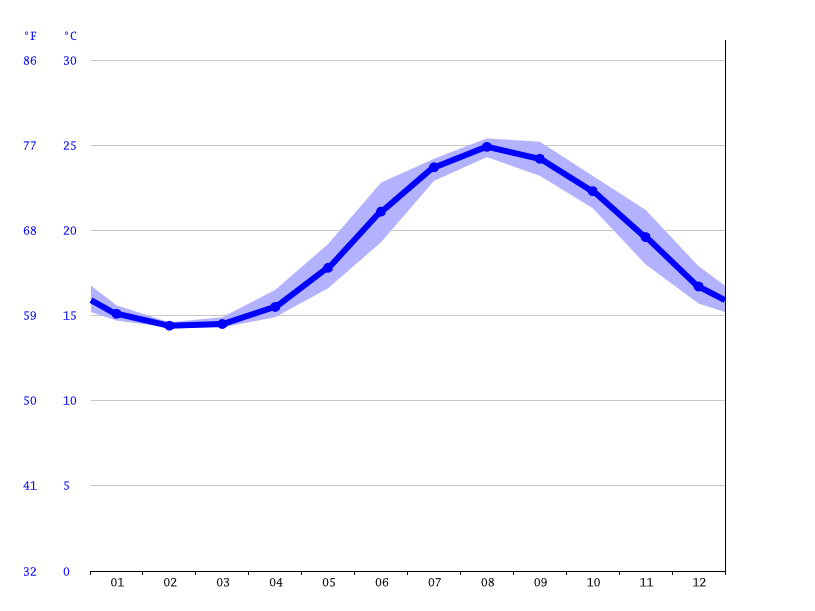 An average of 19.20°C | 66.56°F water temperatures is reached in Agrigento (Mediterranean Sea) over the year.

The following water was used as the basis for the specified water temperatures for Agrigento: Mediterranean Sea.