The driest month is July, with 4 mm | 0.2 inch of rainfall. The greatest amount of precipitation occurs in January, with an average of 92 mm | 3.6 inch. The difference in precipitation between the driest month and the wettest month is 88 mm | 3 inch. The variation in temperatures throughout the year is 16.3 °C | 29.3 °F.

Vampolieri weather and climate for every month

Hours of sunshine in Vampolieri 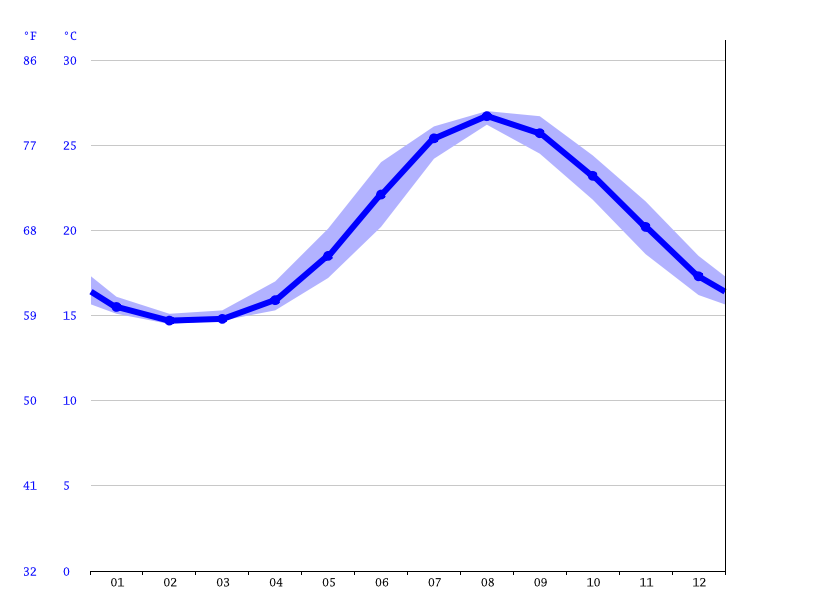 The following water was used as the basis for the specified water temperatures for Vampolieri: Ionian Sea.