The climate here is mild, and generally warm and temperate. In Trinity there is a lot of rain even in the driest month. The Köppen-Geiger climate classification is Cfb. The average annual temperature in Trinity is 12.2 °C | 54.0 °F. About 1074 mm | 42.3 inch of precipitation falls annually. Between the driest and wettest months, the difference in precipitation is 90 mm | 4 inch. The variation in temperatures throughout the year is 9.9 °C | 17.8 °F.

Trinity weather and climate for every month

Hours of sunshine in Trinity 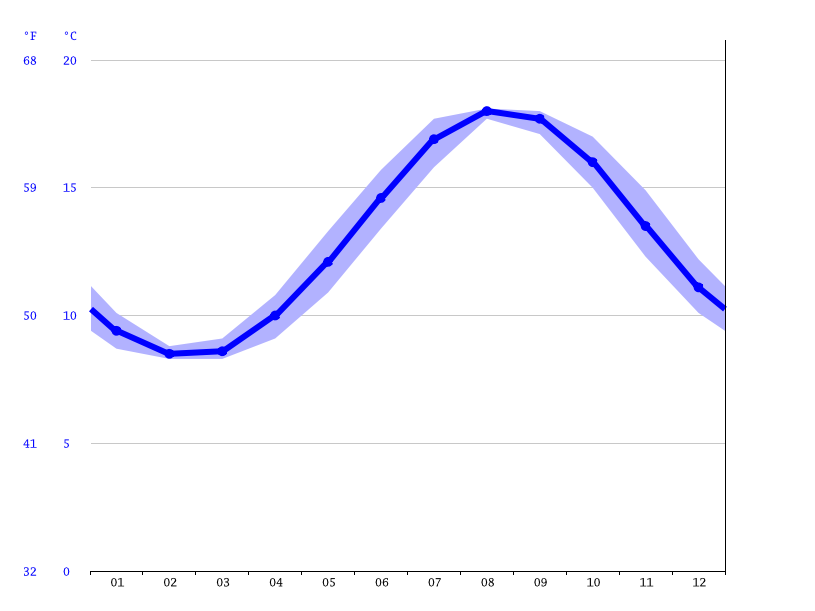 The following water was used as the basis for the specified water temperatures for Trinity: English Channel.

The closest Airports of Trinity are: Jersey Airport (JER) 8.05km