The climate here is mild, and generally warm and temperate. The winters are rainier than the summers in Ventspils. The climate here is classified as Csb by the Köppen-Geiger system. In Ventspils, the average annual temperature is 7.9 °C | 46.3 °F. About 865 mm | 34.1 inch of precipitation falls annually. Between the driest and wettest months, the difference in precipitation is 78 mm | 3 inch. The variation in temperatures throughout the year is 19.8 °C | 35.7 °F.

Ventspils weather and climate for every month

Hours of sunshine in Ventspils 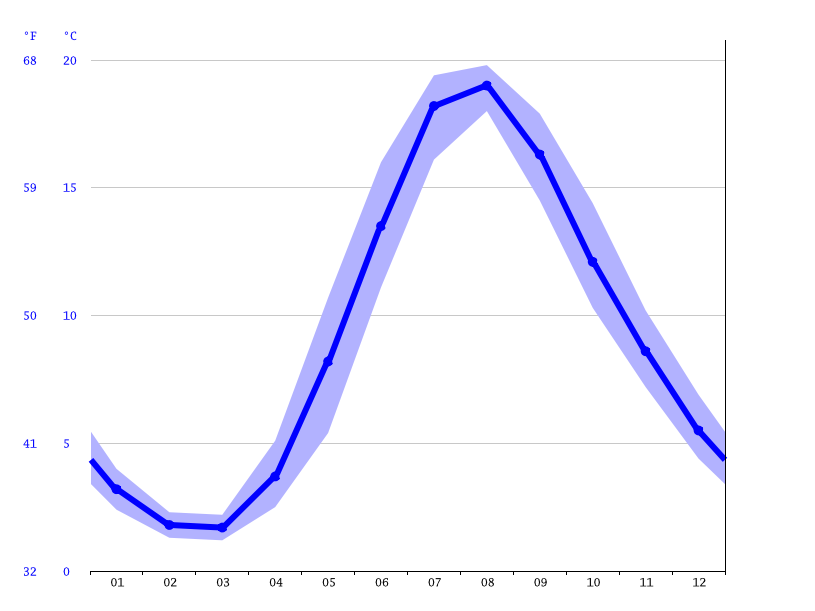 The average water temperature during the year located in Ventspils (Baltic Sea) at 9.40°C | 48.92°F.

The closest water of Ventspils is Baltic Sea.