Trondheim is 18m above sea level. The climate is cold and temperate. In Trondheim there is a lot of rain even in the driest month. The climate here is classified as Dfb by the Köppen-Geiger system. In Trondheim, the average annual temperature is 4.4 °C | 39.9 °F. In a year, the rainfall is 1123 mm | 44.2 inch. There is a difference of 35 mm | 1 inch of precipitation between the driest and wettest months. The variation in temperatures throughout the year is 19.1 °C | 34.4 °F.

Trondheim weather and climate for every month 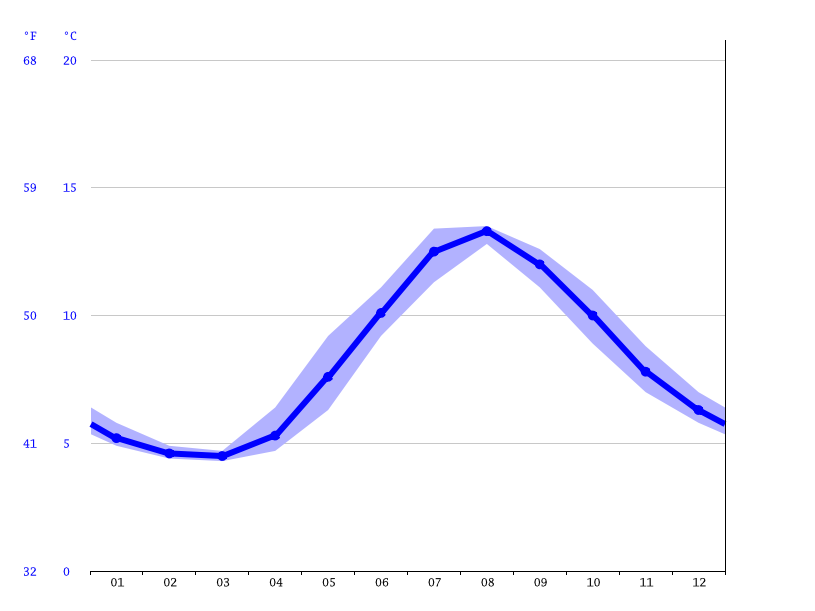 An average of 8.30°C | 46.94°F water temperatures is reached in Trondheim (Trondheimsfjord) over the year.

The following water was used as the basis for the specified water temperatures for Trondheim: Trondheimsfjord.

Information for Travel to Trondheim