Sao Vicente is 90m above sea level. The climate is warm and temperate in Sao Vicente. The winter months are much rainier than the summer months in Sao Vicente. This location is classified as Csb by Köppen and Geiger. The temperature here averages 16.1 °C | 60.9 °F. Precipitation here is about 582 mm | 22.9 inch per year. The driest month is July, with 7 mm | 0.3 inch of rainfall. Most of the precipitation here falls in December, averaging 92 mm | 3.6 inch. The difference in precipitation between the driest month and the wettest month is 85 mm | 3 inch. Throughout the year, temperatures vary by 8.5 °C | 15.3 °F.

Sao Vicente weather and climate for every month

Hours of sunshine in Sao Vicente 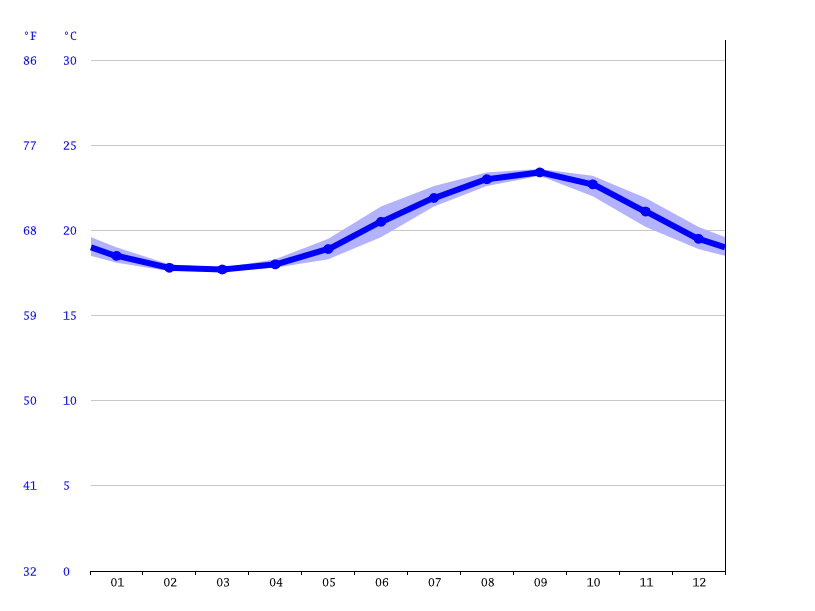 In September, the highest water temperature is reached with a monthly average of 23.60°C | 74.48°F. Whereas in February the lowest average water temperatures are expected with about 17.60°C | 63.68°F.

The closest water of Sao Vicente is Atlantic Ocean.

Information for Travel to Sao Vicente