Santander's climate is classified as warm and temperate. The rainfall in Santander is significant, with precipitation even during the driest month. The Köppen-Geiger climate classification is Cfb. The average temperature in Santander is 13.8 °C | 56.9 °F. Precipitation here is about 1198 mm | 47.2 inch per year. The least amount of rainfall occurs in July. The average in this month is 61 mm | 2.4 inch. In November, the precipitation reaches its peak, with an average of 160 mm | 6.3 inch. Santander weather and climate for every month

Hours of sunshine in Santander 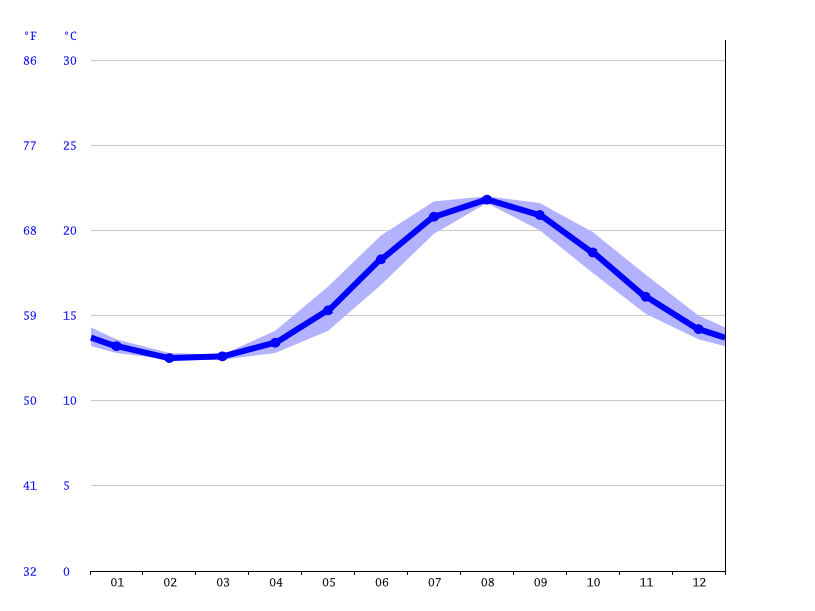 The closest water of Santander is Bay of Biscay.