The driest month is July. There is 52 mm | 2.0 inch of precipitation in July. In November, the precipitation reaches its peak, with an average of 90 mm | 3.5 inch. The precipitation varies 38 mm | 1 inch between the driest month and the wettest month. The variation in annual temperature is around 11.3 °C | 20.4 °F.

Canford Cliffs weather and climate for every month

Hours of sunshine in Canford Cliffs 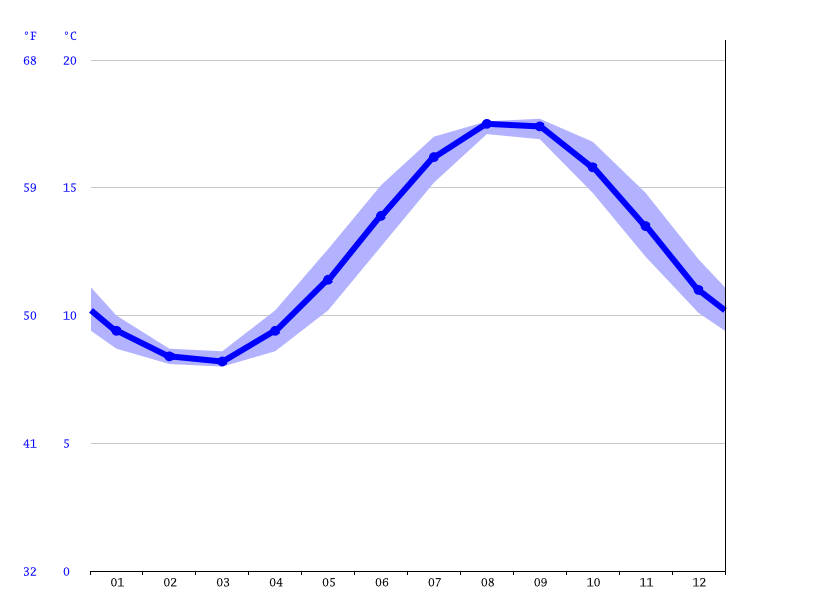 In September, the highest water temperature is reached with a monthly average of 17.70°C | 63.86°F. Whereas in March the lowest average water temperatures are expected with about 8.00°C | 46.40°F.

The closest water of Canford Cliffs is English Channel.