The least amount of rainfall occurs in May. The average in this month is 61 mm | 2.4 inch. Most precipitation falls in November, with an average of 119 mm | 4.7 inch. The variation in the precipitation between the driest and wettest months is 58 mm | 2 inch. The average temperatures vary during the year by 11.3 °C | 20.3 °F.

Christchurch weather and climate for every month

Hours of sunshine in Christchurch 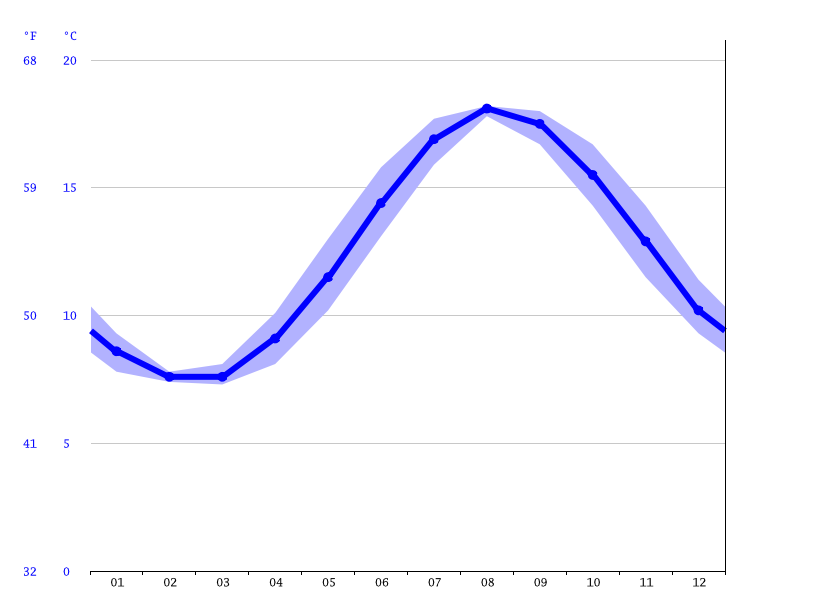 An average of 12.50°C | 54.50°F water temperatures is reached in Christchurch (English Channel) over the year.

The following water was used as the basis for the specified water temperatures for Christchurch: English Channel.