The least amount of rainfall occurs in February. The average in this month is 69 mm | 2.7 inch. In October, the precipitation reaches its peak, with an average of 96 mm | 3.8 inch. Belfast weather and climate for every month

Hours of sunshine in Belfast Water temperature Belfast(Sea of the Hebrides) 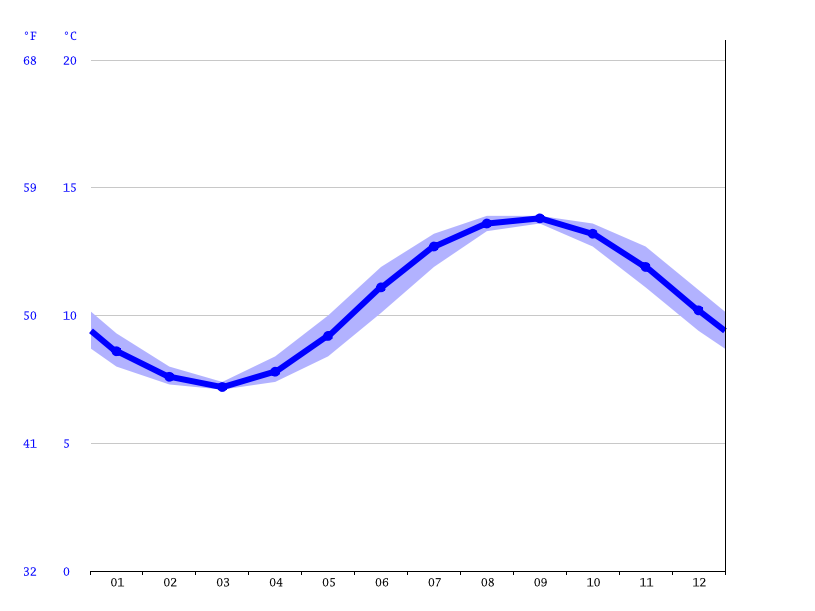 The closest water of Belfast is Sea of the Hebrides.

Information for Travel to Belfast

The population of Belfast is approximately 333871 The Area of Belfast is roughly 115.00 km² (44.40 mi²) The Belfast is an city in the Region Northern Ireland of the Country United Kingdom