Belcarra's climate is classified as warm and temperate. Belcarra has a significant amount of rainfall during the year. This is true even for the driest month. The Köppen-Geiger climate classification is Cfb. In Belcarra, the average annual temperature is 9.8 °C | 49.6 °F. About 2351 mm | 92.6 inch of precipitation falls annually. The least amount of rainfall occurs in July. The average in this month is 56 mm | 2.2 inch. With an average of 362 mm | 14.3 inch, the most precipitation falls in November. Belcarra weather and climate for every month

Hours of sunshine in Belcarra 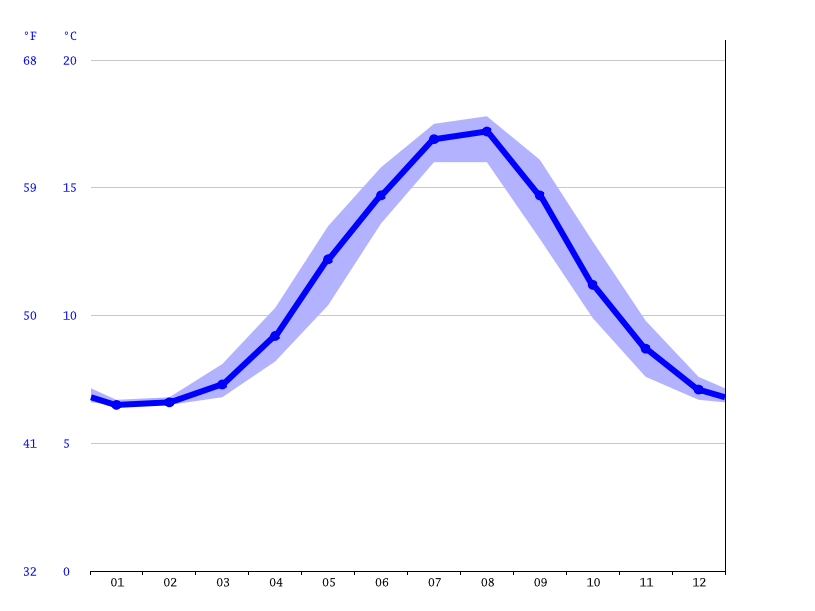 The following water was used as the basis for the specified water temperatures for Belcarra: Salish Sea.