The driest month is August. There is 83 mm | 3.3 inch of precipitation in August. In October, the precipitation reaches its peak, with an average of 127 mm | 5.0 inch. The precipitation varies 44 mm | 2 inch between the driest month and the wettest month. The variation in annual temperature is around 24.9 °C | 44.8 °F.

St. George weather and climate for every month

Hours of sunshine in St. George 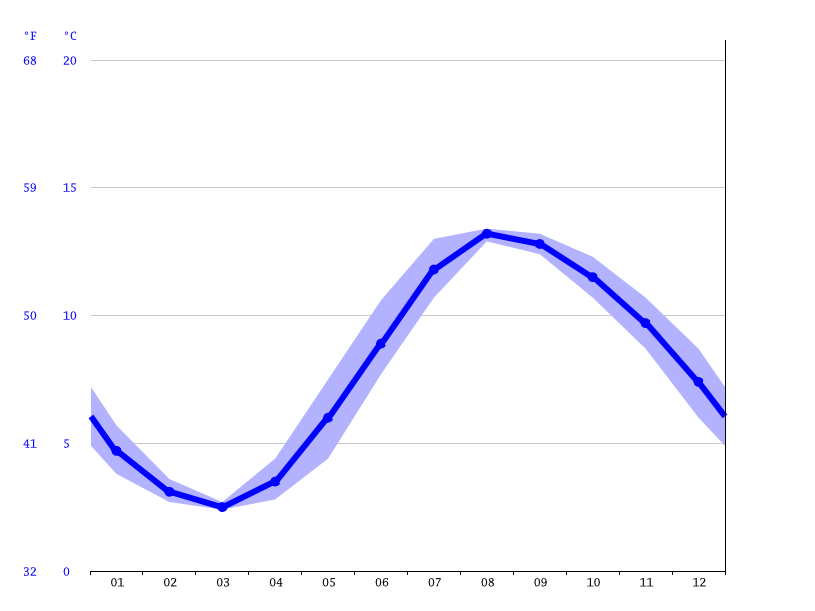 The closest water of St. George is Bay of Fundy.

Information for Travel to St. George