Baracoa is 14m above sea level. The climate here is tropical. Most months of the year are marked by significant rainfall. The short dry season has little impact. This climate is considered to be Am according to the Köppen-Geiger climate classification. The average temperature in Baracoa is 24.8 °C | 76.6 °F. In a year, the rainfall is 1371 mm | 54.0 inch. The driest month is February, with 59 mm | 2.3 inch of rain. The greatest amount of precipitation occurs in October, with an average of 185 mm | 7.3 inch. There is a difference of 126 mm | 5 inch of precipitation between the driest and wettest months. The variation in temperatures throughout the year is 3.9 °C | 7.1 °F.

Baracoa weather and climate for every month

Hours of sunshine in Baracoa 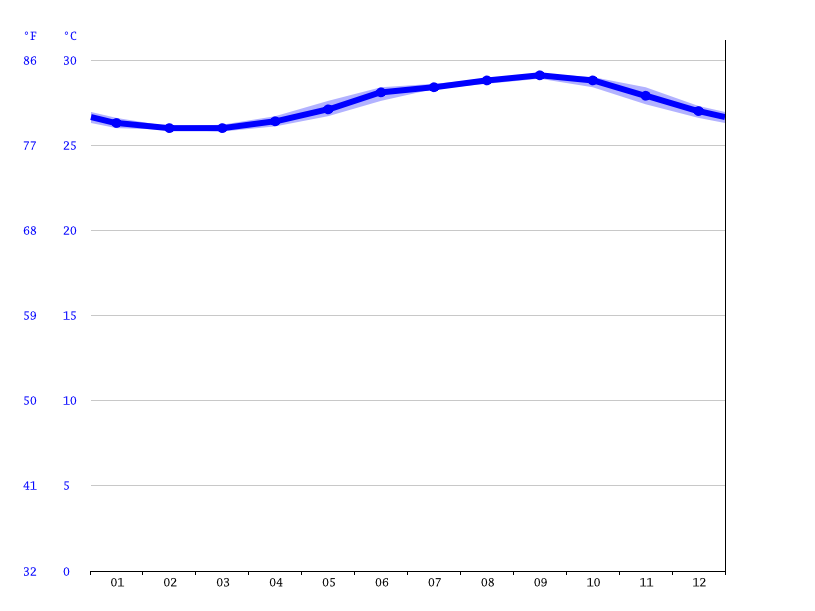 In September, the highest water temperature is reached with a monthly average of 29.20°C | 84.56°F. Whereas in March the lowest average water temperatures are expected with about 25.80°C | 78.44°F.

The closest water of Baracoa is Atlantic Ocean.

Information for Travel to Baracoa

You can reach Baracoa from this Cities by Plane: Paris (ORY), Havana (HAV), Torrejón de Ardoz (MAD), Santo Domingo (SDQ)