The climate here is a tundra climate, which means that the temperatures are very low all year round. This climate is considered to be ET according to the Köppen-Geiger climate classification. In Narsarsuaq, the average annual temperature is -2.1 °C | 28.3 °F. Precipitation here is about 1225 mm | 48.2 inch per year. The least amount of rainfall occurs in May. The average in this month is 74 mm | 2.9 inch. Most of the precipitation here falls in September, averaging 149 mm | 5.9 inch. The variation in the precipitation between the driest and wettest months is 75 mm | 3 inch. Throughout the year, temperatures vary by 18.5 °C | 33.3 °F. 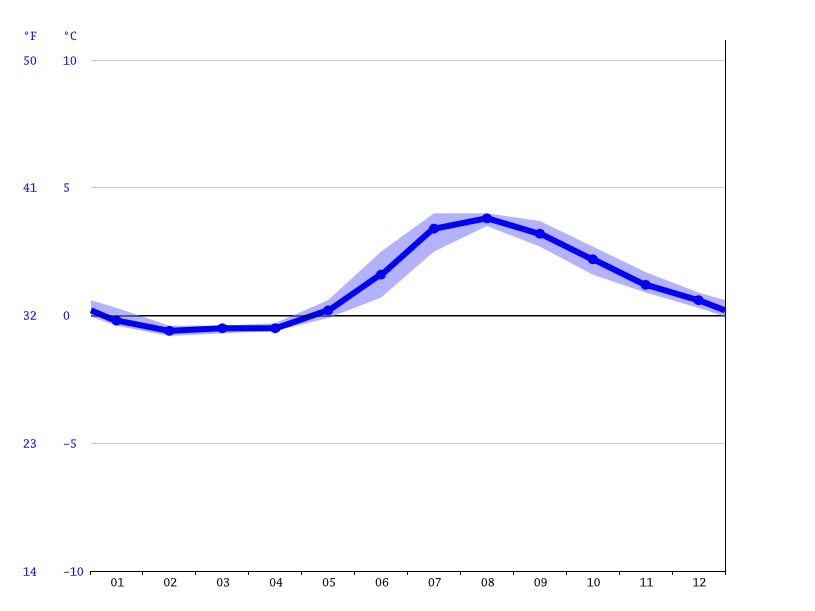 In July, the highest water temperature is reached with a monthly average of 4.00°C | 39.20°F. Whereas in February the lowest average water temperatures are expected with about -0.80°C | 30.56°F.

The closest water of Narsarsuaq is Davis Strait.

The closest Airports of Narsarsuaq are: Narsarsuaq Airport (UAK) 5.36km

You can reach Narsarsuaq from this Cities by Plane: Kangerlussuaq (SFJ)