Les Cayes is 9m above sea level. The climate is tropical in Les Cayes. The summers here have a good deal of rainfall, while the winters have very little. This climate is considered to be Aw according to the Köppen-Geiger climate classification. The temperature here averages 25.8 °C | 78.5 °F. In a year, the rainfall is 899 mm | 35.4 inch. The driest month is January. There is 31 mm | 1.2 inch of precipitation in January. Most of the precipitation here falls in October, averaging 161 mm | 6.3 inch. The precipitation varies 130 mm | 5 inch between the driest month and the wettest month. Throughout the year, temperatures vary by 3.3 °C | 6.0 °F.

Les Cayes weather and climate for every month

Hours of sunshine in Les Cayes 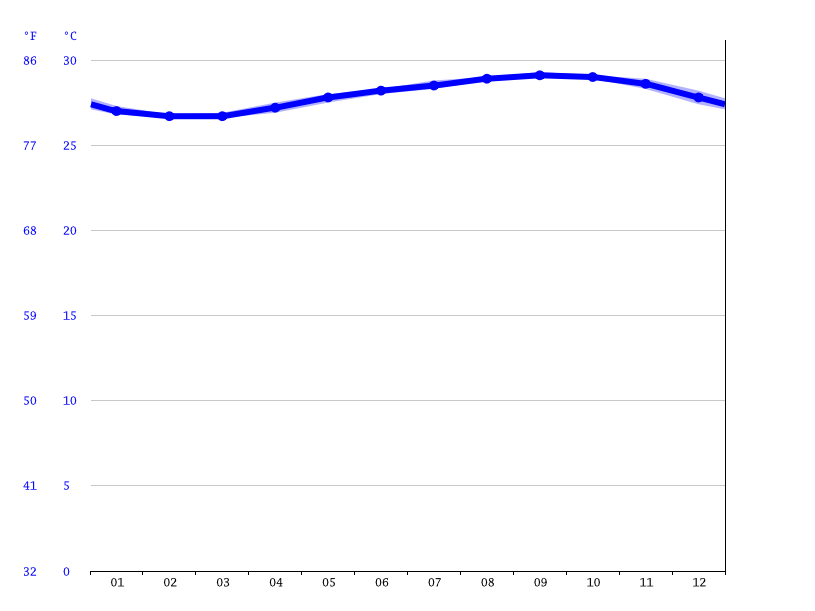 The closest water of Les Cayes is Caribbean Sea.

Information for Travel to Les Cayes

The Area of Les Cayes is roughly 219.11 km² (84.60 mi²) The Les Cayes is an commune of Haiti in the Region Sud Department of the Country Haiti