The climate is tropical in Barron. When compared with winter, the summers have much more rainfall. This climate is considered to be Aw according to the Köppen-Geiger climate classification. In Barron, the average annual temperature is 24.7 °C | 76.4 °F. About 810 mm | 31.9 inch of precipitation falls annually. The driest month is April. There is 0 mm | 0.0 inch of precipitation in April. In September, the precipitation reaches its peak, with an average of 236 mm | 9.3 inch. The precipitation varies 236 mm | 9 inch between the driest month and the wettest month. The variation in annual temperature is around 7.2 °C | 13.0 °F.

Barron weather and climate for every month

Hours of sunshine in Barron 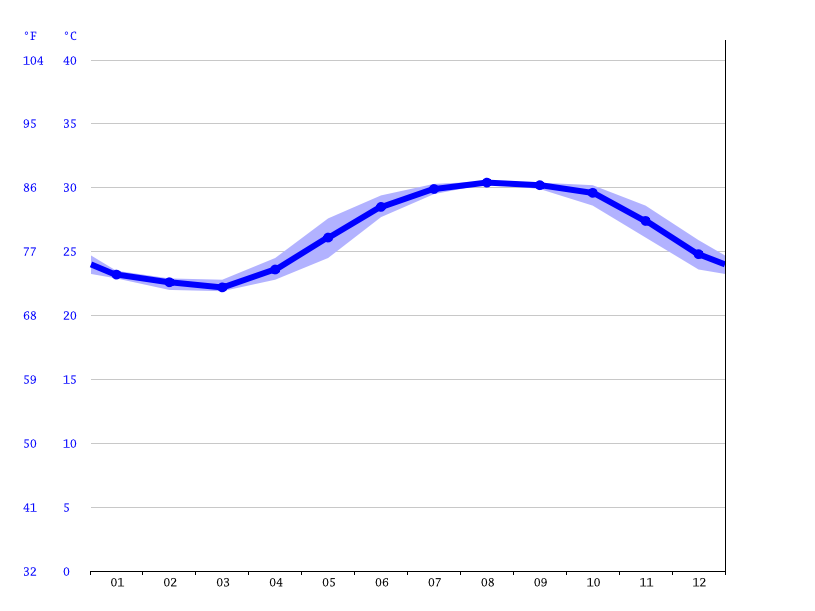 Approximately around August 13, the highest water temperature of around 30.50°C | 86.90°F is reached during the year. Whereas around March 04 the lowest average water temperatures are to be expected. At this time these are at about 21.90°C | 71.42°F.

The following water was used as the basis for the specified water temperatures for Barron: Pacific Ocean.