Coatzacoalcos is 30m above sea level. This city has a tropical climate. Most months of the year are marked by significant rainfall. The short dry season has little impact. This location is classified as Am by Köppen and Geiger. The average annual temperature is 25.4 °C | 77.8 °F in Coatzacoalcos. The annual rainfall is 1971 mm | 77.6 inch. The least amount of rainfall occurs in April. The average in this month is 26 mm | 1.0 inch. The greatest amount of precipitation occurs in September, with an average of 335 mm | 13.2 inch. Coatzacoalcos weather and climate for every month

Hours of sunshine in Coatzacoalcos 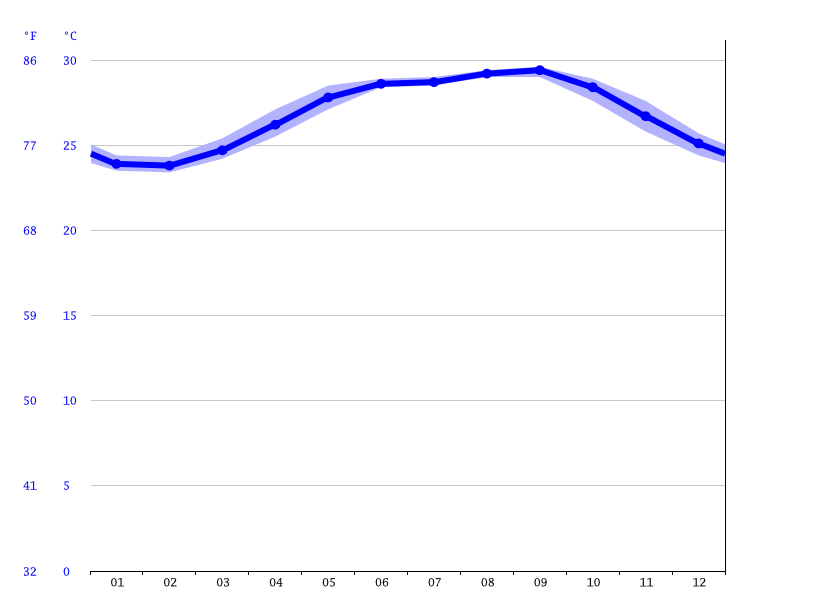 The closest water of Coatzacoalcos is Bay of Campeche.

Information for Travel to Coatzacoalcos